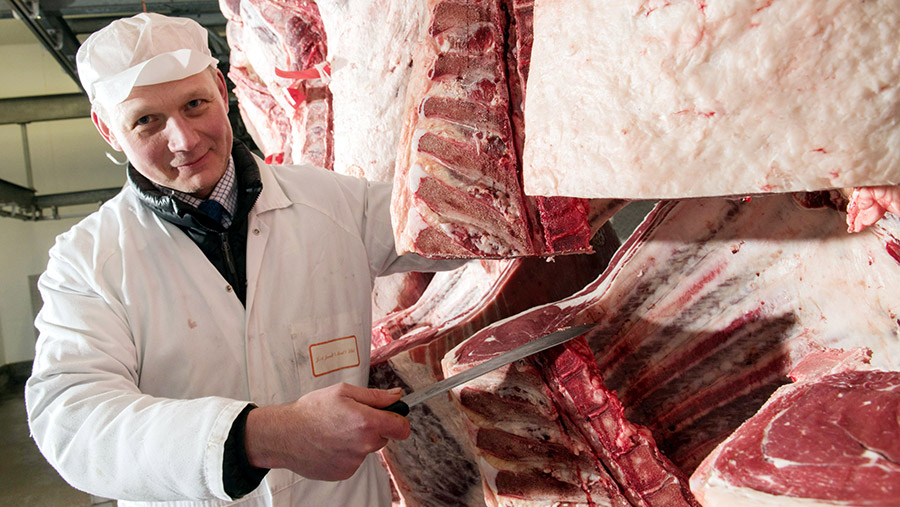 A butcher from north-east England has spent more than £28,000 to acquire all four champion beef animals from the UK’s premier winter shows.

North Yorkshire and Durham butcher Anthony Kitson went the distance to buy the winners at the Royal Ulster, English, Scottish and Welsh winter fairs, thought to be the first time an independent, family-run butcher has done so.

In the past, the butcher has claimed three winter fair supreme champions, but surpassed that with a clean sweep this year after seeing off fierce competition at the ringside from other retail butchers.

Mr Kitson said: “I must compliment both the vendors of these top-notch prime cattle and the live auction mart system, which is so essential to the wellbeing of the UK livestock industry. Long may this continue to maintain the standard of livestock procurement.”

The champion beef cuts will be sold at Kitson and Sons’ Five Houses farm shop and kitchen in Crathorne, and three other shops in Northallerton, Stockton-on-Tees and Hutton Rudby.