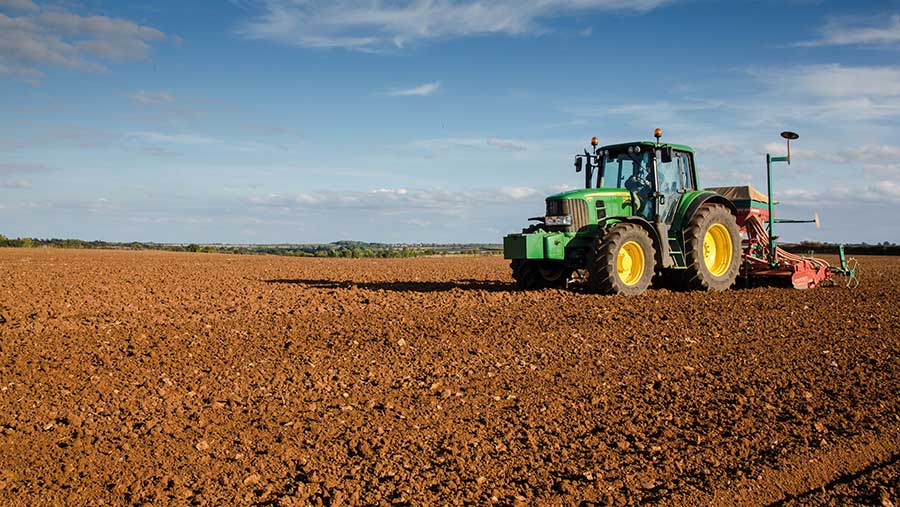 The outlook for UK prices is expected to be influenced by Chinese demand prospects and currency volatility in the next few weeks, says Cofco UK trading director Stuart Shiells.

The widely anticipated demand destruction resulting from Covid-19 has largely been dissipated by a series of world events.

While many people and businesses have suffered greatly from the pandemic, its overall impact at a global level has been less than anticipated as far as grain prices are concerned.

The biggest driver of this has been sustained buying by China of agri-commodities, predominantly from the US, which has kept prices firm over the past few months.

It’s not just down to China, however – its unexpected support to markets has been bolstered by reducing estimates of US corn and soybean production.

The most recent US Department of Agriculture report published larger-than-expected yield and production cuts for these crops, with tightening ending stocks.

The weather has also played its part, with the La Nina pattern creating concerns about dry conditions in the hard red winter wheat area of the US and causing a drop in Argentina’s wheat production to 16.8m tonnes from 19.6m tonnes in 2019.

La Nina dryness in South America has additionally had an impact on corn and soybean planting progress and could affect crop development.

Although diminishing slightly now, La Nina has also been linked to dryness in the Black Sea regions with conditions in Russia contributing to the recent upward price movement.

However, next season’s Russian wheat harvest is still predicted to be about 80m tonnes – compared with the current season’s 83.5m tonnes – which would be the third largest of recent times. Interest now is about eventual yield potential and how the crop gets though winter with poor establishment.

All eyes remain on China really. US corn and soybean export commitments already eclipse what was done in the whole of last season, and if that pace continues it will remain a major driver of global prices.

These issues, however, have largely been factored into current prices.

For the upward trend to continue, we will need evidence of more Chinese buying or further adverse weather.

The UK’s need to import wheat and corn this year means that domestic prices are very much dictated by global prices and these in turn are highly affected by Chinese demand.

For how long that buying continues and in what volumes is the big question. It has also been reported that China will seek to renegotiate the US-China phase-one deal under a Biden presidency.

The last few weeks of the transition to Brexit will also provide the potential for a high level of volatility for UK growers. Some analysts are predicting a surge in sterling to 1.30 against the euro and 1.70 against the dollar if a trade deal is announced.

A rise of this nature could have a big downward impact on prices. Old crop barley still has a significant portion of the surplus to ship with a slow pace so far. This will need to pick up in the new year.

The nature of our trading relationship with the EU and the rest of the world in 2021 could affect this significantly with currency volatility and potential tariffs.

Although the Northern Hemisphere is entering a period of relative dormancy in terms of crop production, global politics, world health concerns and confidence in the future are certainly not.

Red: Factors putting downward pressure on prices – accounts for 25% of current market influence
Australia’s wheat crop is estimated at 32m tonnes compared with last season’s disastrous 15.1m tonnes. The EU is set for a potential jump in its wheat crop to 144m tonnes from this season’s 128m tonnes.

Amber: Watch this space – 35%
Much to consider here – the final outcome of Brexit, a new US presidency, the ongoing effects of the pandemic and the recent vaccine news to name but a few. La Nina might yet produce some significant weather events.

Green: Factors exerting upward pressure on prices – 40%
Chinese demand could continue to offer support to markets. US corn and soybean crop predictions have declined, plus there are dry conditions in Brazil, Argentina, US hard red winter wheat areas, and the Black Sea.