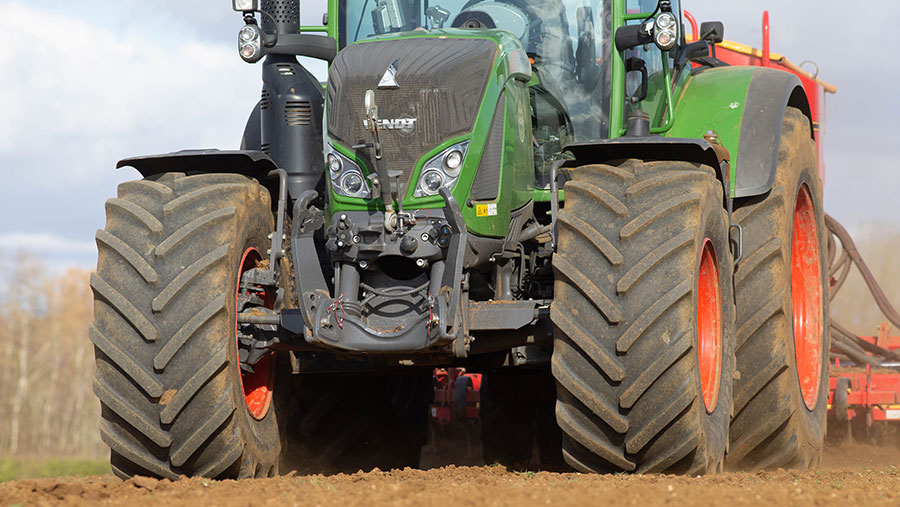 New tractor registrations were 50% lower in April 2020 than during the year before, according to latest figures from the Agricultural Engineers Association (AEA).

This is the lowest April figure for at least 20 years and means that sales over the first four months of the year were 23% down on the equivalent period last year – the lowest since 2016.

See also: Tractor sales down 7% during first three months of 2020

It has been a difficult few months for tractor manufacturers, who have seen a downturn in sales because of poor weather over the autumn and winter, Brexit-related uncertainty and, more recently, Covid-19.

However, the tractor market did at least outperform the car market which saw new registrations in April drop by a massive 97%, with only 4,321 new cars sold during the month.

The AEA pointed out that it had expected to see a fall in the April 2020 figures because of a spike in tractor sales during April 2019.

There was an unusually high number of registrations in April 2019 due to farmers ordering tractors ahead of the original Brexit deadline of 29 March.

By way of comparison, there were just over 1,100 tractors sold during April 2018.

But Stephen Howarth, AEA economist, said the drop compared with 2018 (or with the five-year average, which is similar) was probably down to a combination of factors, rather than one thing.

The market had been affected by poor weather over the autumn and winter, which had hit the number of orders placed over that period. However, Covid-19 would certainly have been a factor too.

“With some factories closed temporarily during late March/April, some orders will inevitably have been delayed, although we haven’t had widespread reports of problems.

“We also know the DVLA have been short-staffed, so it is likely that there have been some delays in processing registrations, particularly where they still involve paper forms.”

Mr Howarth said it was hard to predict what might happen in the longer term, given there were no precedents to the current situation.

“Certainly, the improvement in the weather does seem to have encouraged a pick-up in orders for some kinds of farm machinery and that probably includes some types of tractors.

“Some delayed orders may come through, as well, with most plants getting back up and running.

“On the other hand, uncertainty is never that good for investment levels, and the lack of events this summer might also affect purchases.”