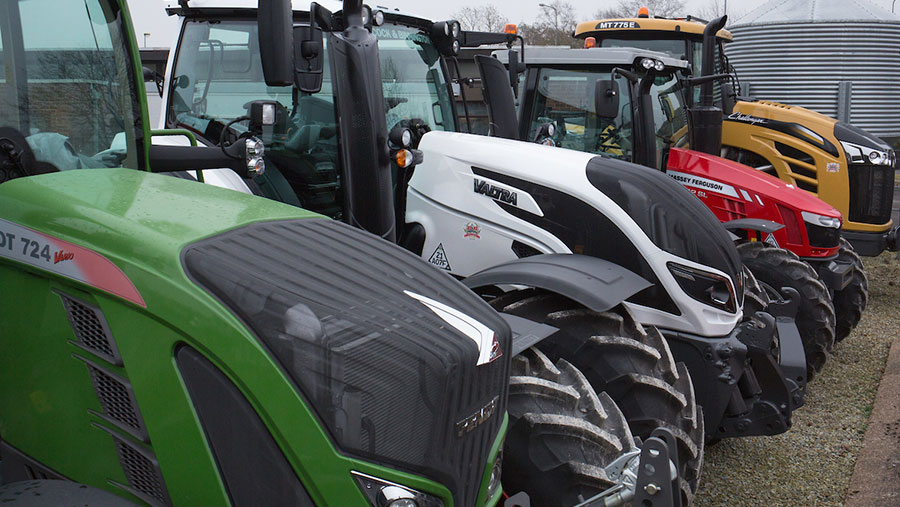 UK tractor sales saw their traditional seasonal jump in March, but sales remain lower than a year ago.

The Agricultural Engineers Association (AEA) has published its latest figures on sales of tractors larger than 50hp, which suggest there has been no end to the downturn in new registrations.

March is traditionally the biggest month for tractor sales, and with 1,763 units sold, compared with 575 in February, there was a large month-on-month increase.

Tractor sales across the first three months of 2020 are 8% lower than the equivalent period in 2019.

The slump dates back to last year, with Brexit-related uncertainty and then the wet autumn and winter all contributory factors.

Stephen Howarth, AEA agricultural economist, said despite the potential for some tractor deliveries to have been delayed due to the coronavirus outbreak, reports suggest this has not been widespread so far.

Most orders for delivery in March would have been completed before temporary factory shutdowns came into effect.

“Most tractor manufacturers are saying they should be able to meet orders in the short-term, either from machines manufactured pre-shutdown or from existing stocks held by them or by dealers [with some redistribution between dealers, if required].”

But he added: “Some customers may have to accept slightly different specifications, depending on availability.”

Mr Howarth said companies were not anticipating major problems with supply of machines unless the current plant closures are extended beyond the few weeks for which they are currently scheduled.

“Of course, much will depend on the level of orders that are received over the coming weeks, which is a bit of an unknown quantity.

“There have been some signs of orders picking up since the weather improved, but no one really knows whether that will be sustained in the current situation.”

Our new tool will provide you with an instant valuation of any tractor in our database. This feature is in testing phase and we'd like to get your feedback.
Value my tractor