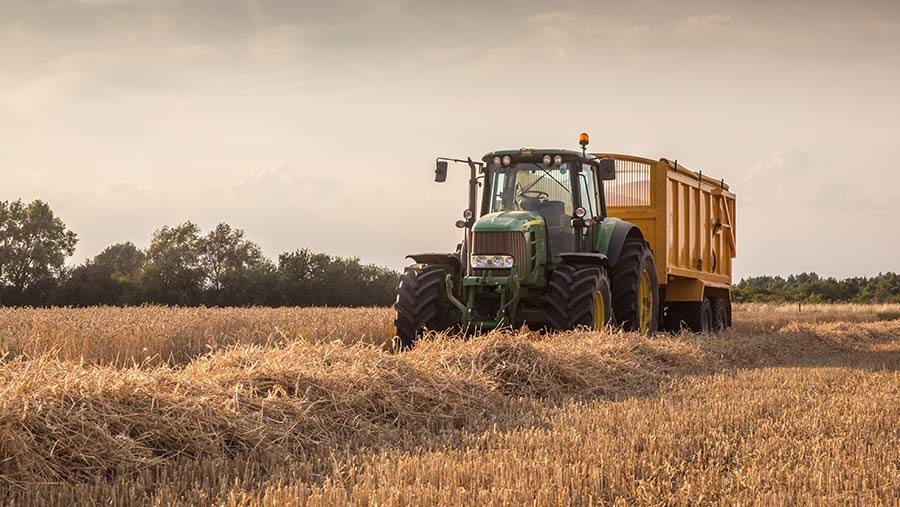 Looking around the world there is very little to suggest any possible significant upward movement in grain prices in the next few months.

While uncertainly over the US corn crop produced a rally in prices in early summer, the reality of the world supply situation came crashing home in mid-August with one of the most eagerly awaited USDA reports of recent times.

Previous concerns over planting delays affecting crops were washed away with the report outlining a much smaller than expected drop in US corn acres, compounded by a shock yield increase over previous estimates.

See also: How two farmers hope to make better use of crop inputs

Futures markets dropped sharply after the report, with the fall compounded by a 3 million tonne increase in Ukrainian corn production pushing their output to a record 36.5m tonnes.

In terms of wheat, the trade hadn’t really been expecting anything bullish and it didn’t get it. Global wheat production is still expected to be as much as 38m tonnes more than last season.

While this is somewhat less than the 45 million tonne increase predicted by some analysts a few months ago, an additional 10 million tonnes of carry out stocks now look like being a reality.

Weakness of the pound

Sterling’s recent weakness has cushioned domestic grain values against much of the drop in prices globally, but the writing is now well and truly on the wall regarding the world’s supply situation.

Only a major production issue in the southern hemisphere could now change the overwhelmingly negative tone to markets but, other than the usual dryness in Australia, there are few problems in view.

Deterioration in US/China trade talks could have a major effect on markets, but in reality this is likely to affect trade flows more than outright demand.

Aside from some potential volatility as these talks continue, or a major change in weather, any hope of a significant rally in the short term has now largely been dashed.

With harvest in southern and eastern England entering its final run, crop quality generally has been good, although there are concerns that the recent wet weather is starting to have an effect, with the North being worse hit.

Domestic yields remain generally strong with the final wheat harvest widely anticipated to be in excess of 15.5m tonnes – an increase of around 2 million tonnes on last year.

That would give us a potential exportable surplus of 1.6m tonnes with UK wheat now finally export competitive.

But the run down to the 31 October Brexit deadline date is getting worryingly close and even if all ports run at full capacity, we’ll still have a significant proportion of the surplus left to ship after this date with no clear picture of how easy this will be to achieve.

It’s not just an issue for wheat, as many now predict a similar-sized exportable surplus of barley, too.

Ironically, one of the biggest constraints on shipping more volume is the availability of road haulage. The recent smaller harvests have forced many in the transport industry to move away from agricultural commodities, and a shortage of HGV drivers isn’t helping either.

While this is seriously hampering harvest logistics, the reality is that farmer selling isn’t running at the required pace either, particularly considering the risks now faced.

While the possibility of leaving the EU without a deal is a big risk to UK agriculture, a deal scenario actually creates problems of a different nature in the form of currency.

If a deal is struck with the EU, sterling will strengthen as it gains back some of the weakness that the uncertainty of Brexit has caused. This means UK wheat and barley values will have to fall further in order to remain at competitive levels in euro and dollar terms.

Red: Factors putting downward pressure on prices – accounts for 60% of market influence
Revised estimates of US corn production, ample wheat supplies around the world and a strong carry out for 2019 are putting formidable pressure on markets with little respite in sight.

Amber: Watch this space – 30%
Still some market scenarios to play but ever fewer. Final US corn yields, results of drought in Australia and conditions at planting in the northern hemisphere, could still exert some influence

Green: Factors exerting upward pressure on prices – 10%
Vanishingly little in the world to suggest, other than the odd rally here and there, that prices will lift short term. Sell rallies.