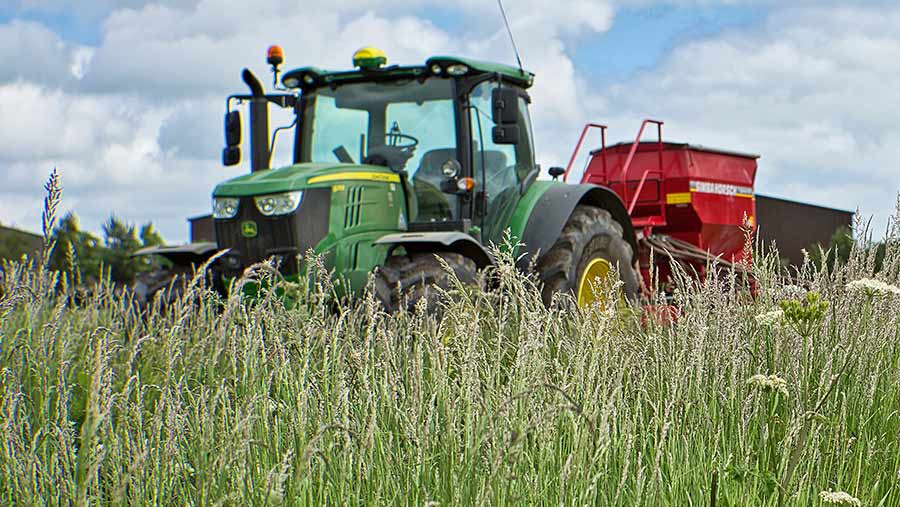 Growers thinking about making major changes to their cropping systems are being urged to “be brave” by two AHDB Strategic Farmers who are testing out new approaches.

Whether it’s reducing fungicide inputs, changing cultivations or using cover crops to prevent nitrate leaching, their experience as hosts of test and demonstration sites has convinced them of the need to be bold with their decision-making.

For farm manager Rob Fox, near Leamington Spa in the West, the focus of his first year has been on how to grow low input wheat and the effect of cultivation depth on rooting, as he looks to drive down costs.

See also: How a grower uses cultivations and precision tech to kill slugs

At Stowmarket in the East, Brian Barker has continued to look at the role of cover crops in improving water quality, whether fungicide cutbacks are appropriate and if starter fertiliser can help with early biomass production, as he targets resource efficient production.

Farmers Weekly looks at what each farmer has learned from the past season and their plans for the 2019-20 season. 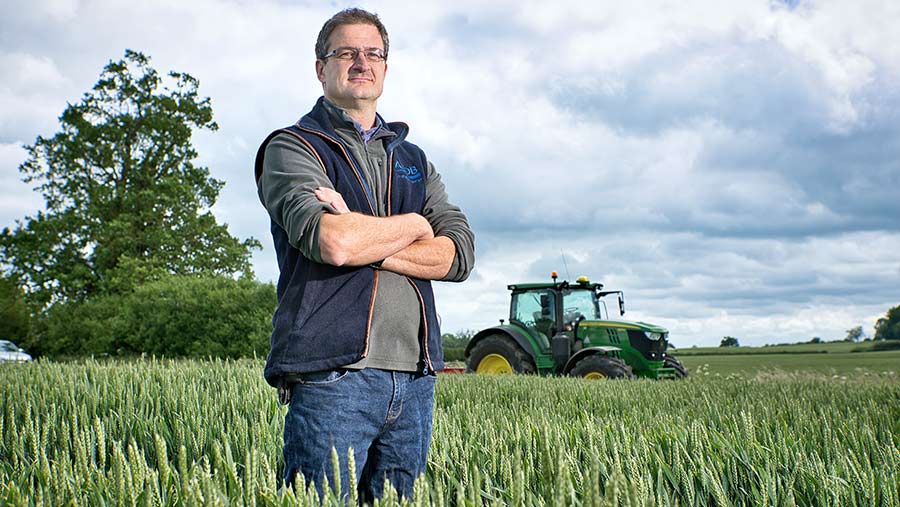 Low inputs
The effect of reducing inputs on the cost or production and disease control is being assessed in a split field trial at Squab Hall.

The winter wheat variety Graham is the test base for two programmes – low input and farm standard – with a £43.35/ha cost difference between them.

Mr Fox highlights that no seed treatment, just a plant growth regulator at T0, and lower fungicide rates at T2, account for the savings made to date in the low input approach, with no T3 spray planned.

“An unexpected outbreak of yellow rust in Graham meant that we had to stick to the same T1 as the farm standard programme,” he explains. “That was an SDHI/azole mix, plus some growth regulator, at around £34/ha.”

The cost of the T2 spray was reduced by £7/ha in the low input approach, by dropping the rate of Adexar (epoxiconazole + fluxapyroxad) from 1.25 litres/ha to 1 litre/ha.

Given how dry most of the season has been, Mr Fox admits that he could have been braver and made bigger reductions in fungicide use.

“We’re going to do it again next year and will go lower and spend less. We’ve always favoured the high-yielding feed varieties on this farm, many of which are rather rust prone.”

Adas fungicides expert Jonathan Blake highlights the unexplained yellow rust levels being seen in resistant varieties this year, but questions the need for an expensive SDHI at T1 in an otherwise low disease year.

“The epoxiconazole in the T1 mix would have done the job on the yellow rust.”

Cutting out the T0 and reining back at T2 were the right things to do, he adds. “Otherwise, Rob could grow a more resistant variety such as Extase, or drill even later, if conditions allow.”

Cultivations and rooting
Another trial, on heavy clay soil, is investigating the impact of cultivation depth on crop rooting and on soil health.

Three different depths – 5cm, 15cm and 30cm – were used, so that root crown traits could be compared with deeper core samples, to give an indication of what’s happening in the soil profile.

For Mr Fox, doing as little cultivation as he needs to is the aim, but without compromising the soil’s ability to drain and cope with wet winters.

Current practice is to work to a depth of 15cm, he revealed. “I’m not sure that’s the optimum depth and I don’t want to overwork the soil, but I do need to get the water to drain away. Heavy clay is expensive to move, so there could be savings to be made.”

Adas analysis is looking at root numbers and depth across the three cultivation depths, with root angle being used as a means of measuring any compaction.

In the trial, the shallow 5cm cultivation gave the widest root angle, suggesting that there was insufficient root growth at depth.

The focus now is to find out whether that reduces maximum rooting depth and root biomass – an important consideration with predicted decreases in summer rainfall.

Water uptake: Did you know? 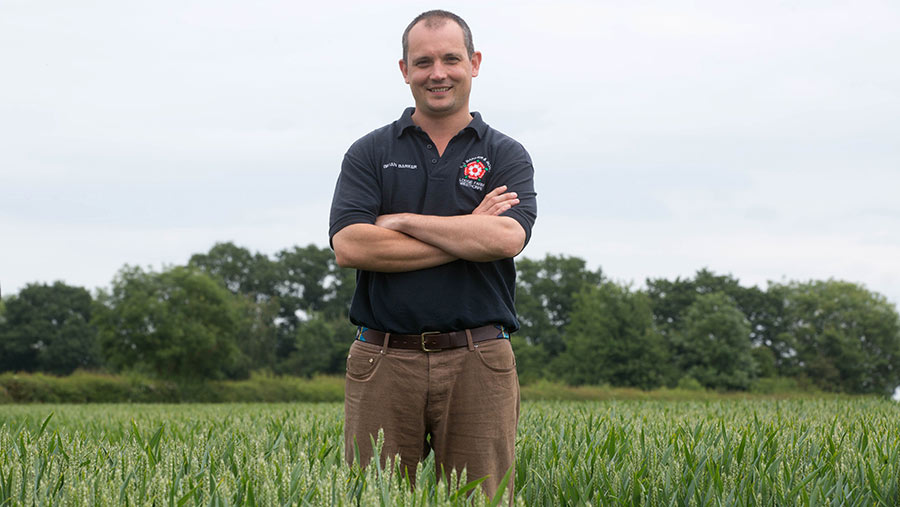 Cover crops and nutrient leaching
Even in such a dry year, cover crops have an important role to play in preventing nitrate losses from the soil and protecting water quality, according to results from two fields with separate drainage systems.

The use of a cover crop before spring crop establishment has been compared to overwinter ploughing, with nitrate concentrations in drain water being measured after rainfall events.

“We haven’t had much rain this year and the cover crop didn’t establish as well as we would have liked,” says Mr Barker.

“Despite that, there were huge differences in nitrate levels in the water, with the overwintered ploughed land giving concentrations more than three times over the 50mg/litre EU limit.”

Anne Bhogal, a soil scientist at Adas explains that about 30-40kg/ha of nitrogen was taken out by the cover crop and that there were clear differences between the two approaches.

“It seems that even with a small cover crop in a dry season, there is still a benefit from retaining nitrogen in the system and avoiding water contamination.”

If growing conditions had been different, the cover crop could have taken out 70-80kg/ha of N, she adds. “In that situation, you may be able to look at reducing fertiliser applications to the following crop.”

In the future, Adas will be tracking what happens to this nitrogen in the spring crop and then the following winter crop, she reports.

Reduced fungicides
Five varieties and four input regimes are being put through their paces in tramline blocks, so that Mr Barker can determine whether he can wean himself off fungicides.

The four regimes range from untreated to low input, farm standard and belt-and-braces, with costs going from £0/ha to £50/ha (low input) and £123/ha (farm standard), right up to £148/ha for the ultimate programme.

Variety choice reflects current farm practice, with Graham, Siskin, Shabras and Santiago being joined by Silverstone for the assessment.

“Part of this work is to look at whether we can treat new, more resistant varieties differently to the older types and exploit their genetics,” he says.

“There’s also a need to take a fresh look at fungicide programmes, as we are losing active ingredients and resistance is beginning to affect the performance of certain products.”

The harvest and disease score results will be related back to net margin, he says.

“Crops have generally been very clean this year, so I’m expecting a lesser spend to have done well.”

Both Rob Fox and Brian Barker were speaking at their Strategic Farm open days, which they recently hosted.