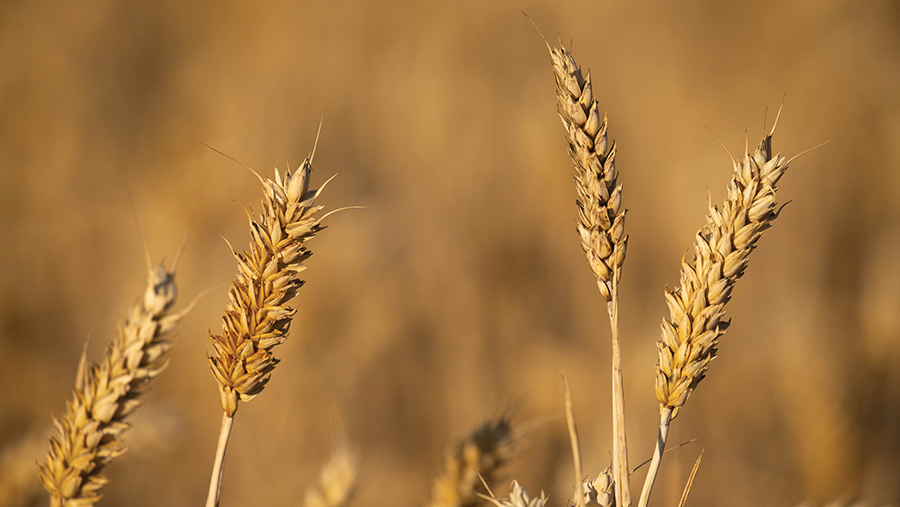 Arable farmers are set to plant significantly more wheat for the 2021 harvest than was cut this year, with the crop remaining the highest gross margin combinable option.

Poor planting conditions in the autumn of 2019 meant many growers were forced to ditch wheat and establish spring barley and other alternatives.

Analysts expect harvest 2020 to have been the smallest wheat area for 40 years, with AHDB estimating the area to be 1.36m ha.

See also: Why more growers are turning to independent agronomists

If this season’s planting window permits, a return to the five-year average could see just under 1.8m hectares established, AHDB says.

A return to the longer-term average area has been the norm following previous wet seasons, but uncertainty remains as to whether farmers will go beyond that.

Factors which may nudge the area up include the fact that barley and oats are currently trading at a much higher-than-normal discount to feed wheat, which is currently priced above £170/t.

This is the highest national average ex-farm price since January 2019.

There are signs that growers who were burned by failing to get crops established last year have switched to an earlier planting strategy this year.

NFU chief combinable crops adviser Jack Watts said wheat drilling was taking place on a scale which he had not seen before for early September, and he is forecasting a larger-than-average crop area.

He advised growers to be cautious with earlier establishment as this would be the first growing season in a generation without access to chlorothalonil products to help control disease risk.

A large crop next season would also see the UK move from being a net importer of grain to having an exportable surplus.

“Clearly the Brexit risk is there as well and we don’t know what our trading arrangement will look like yet,” said Mr Watts.

He said the uncertainty over how Great Britain would trade with Northern Ireland, and from there into the EU was a particular concern for the arable sector, as NI was a key part of the UK grain market.

Flour produced from half a million tonnes of UK wheat crosses the border from north to south each year and Northern Ireland also takes in a significant amount of other wheat-derived by-products.

Hold back on wheat area

They were likely to plant a little more first wheat than last season, he said, as it was a lower-risk option than break crops such as oilseed rape and pulses with more consistent performance.

Planting too much wheat for harvest 2021 could leave growers unable to establish as much in 2022, which, combined with a forecast fall in the Basic Payment Scheme that year, could have a significant impact on income, he explained.

Farmers interested in forward selling as part of their marketing strategy should be considering doing a deal on a portion now to offset some Brexit uncertainty.

This was an attractive price given the backdrop of uncertainty over the UK’s future trading relationship with the EU.

Mr Ireland said growers might find that either scenario – a free trading arrangement or a no deal – could be price-negative in the short term, as the former would cause sterling to recover strength and the latter would create trade friction.

Contracts with a milling premium of £10/t were also still on the market for next year.

“I suggest there is no downside to it,” he said. “You don’t have to fix the feed price now.”

Spot milling premiums are currently above £23/t but Mr Ireland said a bigger crop next season and millers’ access to imports would mean the the gap was likely to be a lot narrower.

A good proportion of next year’s crop is also likely to be milling varieties, with plenty of Skyfall in circulation after the late-drilling variety was not planted last year.

What factors could affect the wheat area?

In addition to the current healthy wheat price which could encourage additional planting, the scrapping of the three-crop rule next season also means some additional area is theoretically available.

However, rotational constraints such as a lower oilseed rape area providing a smaller entry point for first wheat, and blackgrass concerns, may hold growers back from over-committing, AHDB says.

Growers may also be reflecting on the higher growing costs of wheat compared with other lower-input options which have a larger impact on cost/tonne in a low yielding year.

The levy board estimates that the full economic cost of production for a tonne of winter wheat will have jumped up from £132/t in 2019 to £156/t for harvest 2020.

This is despite a fall in the cost of fuel and fertiliser bringing some respite to growers after fuel prices crashed during the Covid-19 pandemic, meaning the cost/ha in 2020 is forecast to fall to £1,257 from £1,291 in 2019.