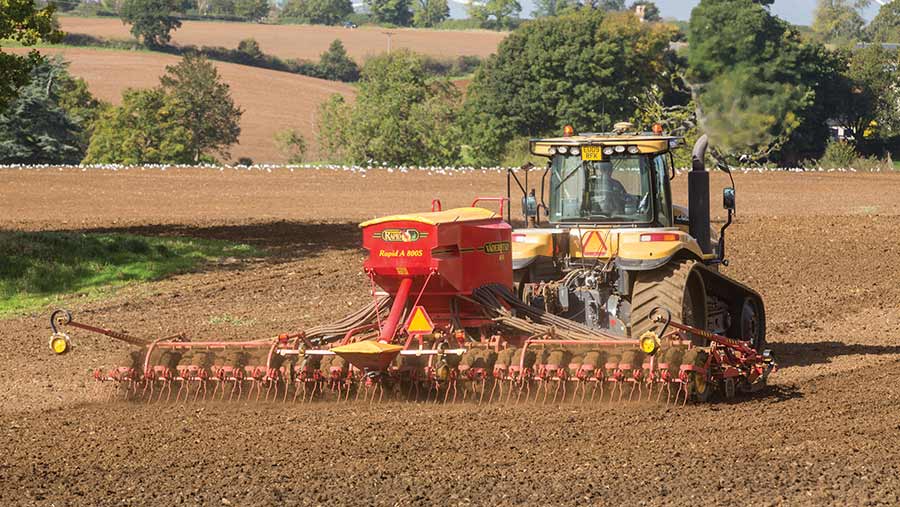 Almost half of the UK’s arable land is now looked after by an independent agronomist, with that area expected to increase as Brexit takes shape and new agricultural policy is introduced.

As the farming industry braces for its biggest reform and transformation since 1945, interest in the independent advice sector has never been greater, reports the largest body of independent consultants in Europe.

Sarah Cowlrick, chief executive officer at the Association of Independent Crop Consultants (AICC), highlights that Independent agronomy is now the preferred source of advice across 2.2m hectares, which is almost half of the UK’s arable land.

And demand continues to grow.

So why is demand growing for independent advice? Sean Sparling, chairman of the AICC and a working agronomist in Lincolnshire, believes it’s because the only source of income that an independent agronomist has is from the sale of their advice.

“Put simply, there are no conflicts of interest,” he says. “Our advice comes with no strings attached and no gimmicks. Farmers get a financial return from that independence.”

What this means in practice for his clients is that their variable costs are lower, but without any associated drop in yield or quality. In his experience, more targeted input regimes are achieved by AICC members when they take on a new farm, which is where they make a difference.

“Farm incomes have been under pressure for some time now and that’s only likely to intensify in 2021. Knowing when not to spend is an important part of the job,” he says.

In addition, farmers are now routinely getting together to discuss and compare their costs and business performance, which has highlighted where improvements can be made and how AICC members can drive that change.

“It has exposed where there are differences in their input costs, why that is and what they can do about it.”

Another area under the new political landscape where independent agronomists have a key role is making their clients’ farm businesses more resilient and profitable, while also delivering environmental returns.

Profit and margins will continue to be key, regardless of whether wheat or wildflowers are the crop being grown, he points out.

Mr Sparling accepts that the role of the independent agronomist has already evolved, as the focus has moved from advising on agrochemical and fertiliser inputs towards a more integrated approach.

“As with all advisers, we’ve moved from just giving crop protection advice to giving longer-term sustainability guidance covering soils, water, crop management, markets and logistics. That reflects the opportunities and challenges that the industry has been presented with.”

What is the AICC?

Mr Pearce believes independence has a value, especially as he is not afraid to run a business which he describes as being at the “innovative end of the spectrum”.

“Andrew is good at listening to what we want to achieve at the start of the season,” he says. “That’s important, as our thought processes have changed as we try to prepare for what’s coming our way after Brexit.”

Mr Pearce also finds Mr Cotton’s knowledge and contacts very useful, as he looks for ways to improve his business without exposing it to more risk or reducing output.

“He advises both conventional and organic farms, so there are always some learnings from his wider experience that we can put into practice here and on our joint venture farms,” he says.

“I’m not tied to any one supplier or type of product with an independent agronomist, which suits how I operate,” he says.