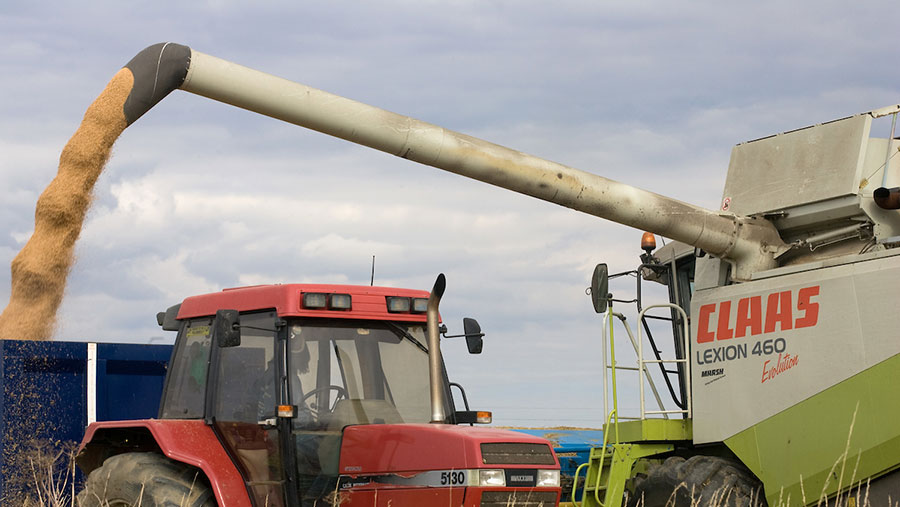 Domestic grain prices have reported fresh increases as yield forecasts across Europe continue to fall and a deterioration in the value of the pound made importing alternative products costlier.

Feed wheat future prices for November have now been trading above £190/t for a week, and reached a closing high of £194.65/t on Wednesday (8 August).

Spot prices have not been far behind with traders paying between £176/t in Kent and East Sussex and £188/t across a swathe of grain-producing areas including the East Midlands, Lincolnshire, Norfolk and Suffolk.

However, a Gleadell market report warned the market may soon be in line to fall back somewhat as there were few further forecasts expected that had the potential to drive prices higher and with prices standing at multi-year highs they were vulnerable to profit taking by speculators in the short term.

Grain market advisers CRM Agricommodities said speculators had been increasing the amount of grain they held earlier in the month in the anticipation prices had further to rise but a number were selling to take profits after three weeks of gains.

The market has been supported this week by the value of the pound hitting an almost one-year low against the dollar and the euro which has increased the cost of doing business with markets in Europe and the US.

The ability to bring in milling wheat is likely to present the most difficulty. This harvest season has so far seen a high proportion of grain meeting milling specifications meaning plentiful stocks in UK. However, imports are still necessary for breadmakers looking for a proportion of higher protein wheat than domestic production can supply.

Germany, normally a plentiful source of this product, is forecasting grain production to hit a 24-year low according to the most recent estimates from the country’s farm co-operatives.

The Ukrainian government has also warned milling wheat exports will not exceed 8m tonnes this year, back from 10m tonnes in 2017 to maintain domestic supply.