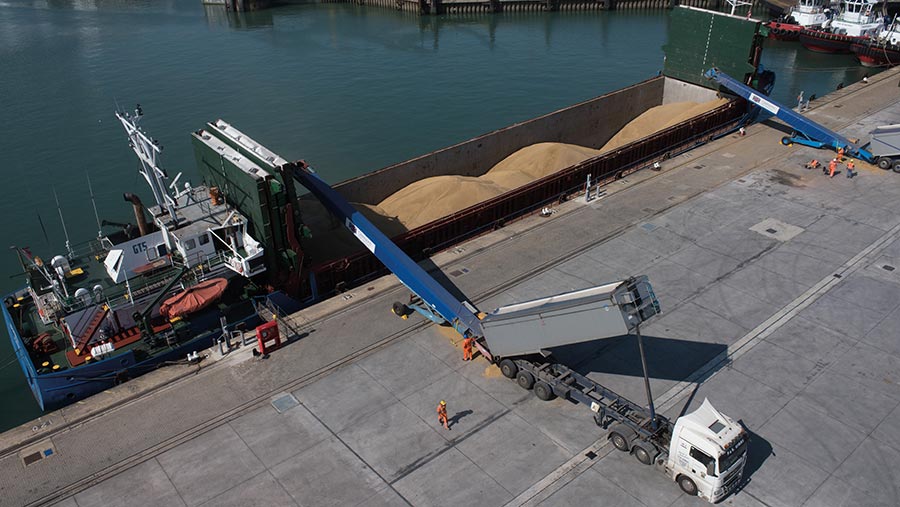 A shortage of malting quality barley and good demand for feed-grade crop is putting a base into prices for the troublesome crop, according to barley traders.

Jonathan Arnold, trading director at Hampshire-based grain trader Robin Appel, said malting buyers are scrambling to crop with a nitrogen level below the required 1.85% after a very tough year for growers.

“To think that we might struggle to pick out two million tonnes from a 7-8m tonne barley harvest is almost unheard of, but it is looking increasingly like that,” he said.

He said he has never seen a crop with so much excess nitrogen, making it challenging to put cargoes together for end users.

Mr Arnold was speaking to Farmers Weekly at Portsmouth Harbour as the firm’s first boat of new crop grain was being loaded with 3,100t of the variety Planet, destined for a European maltster for beer making. 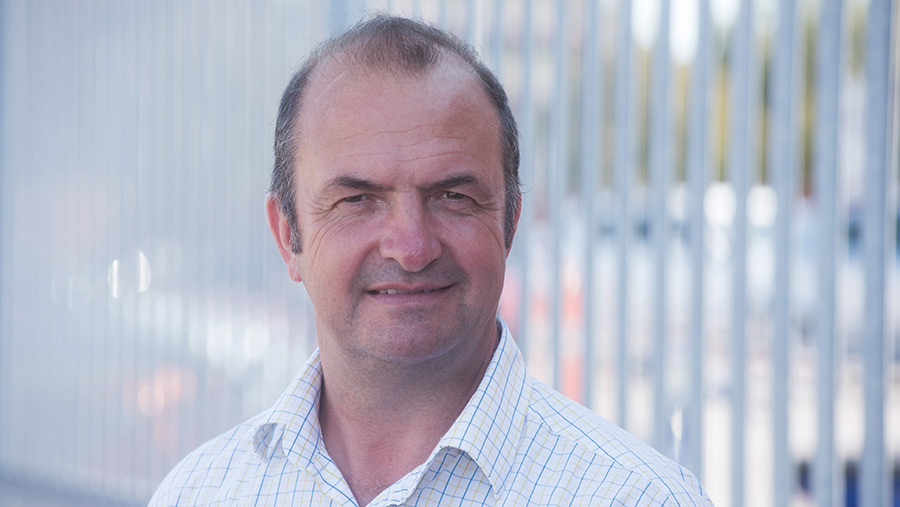 Last autumn, the firm was part of a nationwide rush to export grain to European Union countries ahead of a feared trade barrier with the bloc before the signing of the Withdrawal Agreement.

The feed barley national average farmgate spot price £128/t (11 September) according to the Farmers Weekly survey of merchants, with prices varying between £123/t in north-east Scotland and £131/t in Yorkshire.

Malting barley premiums vary considerably by region, with Scottish malting barley currently priced at the same level as English feed barley as growers have not struggled to produce crops within spec.

The highest premiums of about £10/t over feed barley are currently being paid in East Anglia, where maltsters are seeing the biggest shortage of crops of the right quality, said Mr Arnold.

European customers also have plenty of good barley to choose from, with Danish farmers seeing good-quality crops this season.

He said that he hoped that the UK and the EU would be able to agree a trade deal before the deadline set by Boris Johnson of mid-October so that the firm would be able to continue trading with brewers on the continent on similar terms in the years ahead.

Even in the event of negotiators failing to reach agreement, he does not anticipate feed barley prices falling below £130/t this season.

The resulting further devaluation of the pound would make the UK export competitive with buyers further afield.

Barley prices are actually likely to be higher in the event of a trade deal not being reached, he said, as the pound will likely strengthen significantly on news of a deal being agreed.

A slide in the value of sterling based on the rising threat of no deal has already seen farmgate spot prices for feed wheat climb by more than £10/t in the past month.

Feed barley prices have risen more slowly as there are plentiful supplies available for domestic consumption, with the spread in prices between the two crops reaching almost £43/t last week.

This means barley is trading at nearly a 25% discount to wheat, compared to a five- and 20-year average of 7.5%, according to the John Nix Pocketbook.

Feed compounders will have maxed out the amount of barley they can use once the discount hit about £30/t, according to analysts at Frontier, meaning no further significant uplift in domestic use is likely.

UK malting exports are now priced at a significant premium to rival crops in Scandinavia, the firm said, and domestic demand for malt is well down on the year following widespread closures of pubs and restaurants, hitting alcohol consumption.

With the new restrictions on meetings being limited to no more than six people, the outlook remains challenging, but some UK maltsters are relaxing their nitrogen specification where they can to capture more variable parcels of barley.