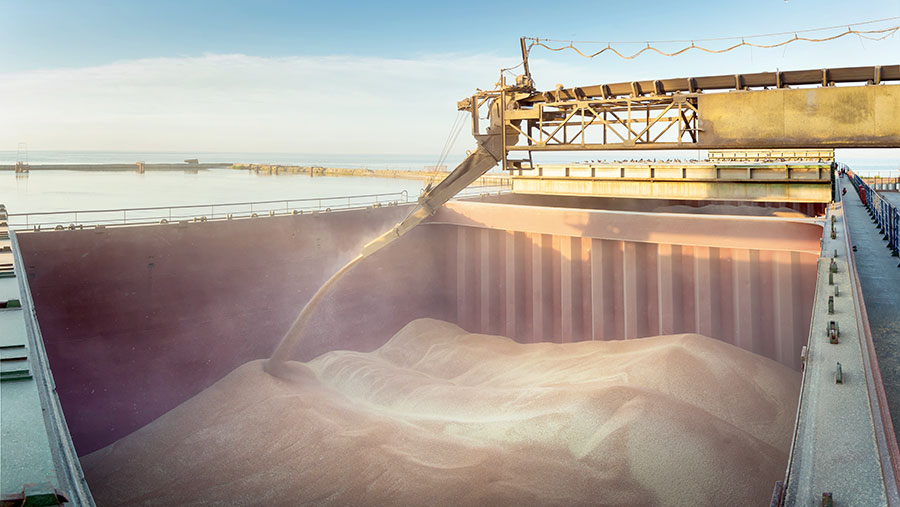 Global grain markets have dropped back in reaction to the news of a potential Ukrainian grain export deal.

An agreement is expected to be signed by negotiators at a meeting in Istanbul later this week between Russia, Ukraine, the United Nations, and Turkey.

Antonio Guterres, United Nations secretary-general said this was a critical step to ensure the export of grain from Ukraine’s Black Sea ports to help ease the global food crisis.

However, Mr Guterres cautioned that more technical work would be needed to enable an agreement to be reached.

It is estimated that about 22% of Ukraine’s farmland has come under Russian control since the conflict began in February, according to data from the US space agency. Much of this is key winter wheat land.

About 70 vessels are reportedly stuck in Ukrainian ports according to the Russian foreign ministry.

Glenn Mason, head of grain marketing at co-op Openfield, believes it is relatively optimistic to think there is going to be some kind of resolution for grain exports from the Black Sea region, with various other talks to date having fallen through.

“A lot of the infrastructure around the ports has also been damaged and it is not clear how long those would take to be repaired,” said Mr Mason.

Looking at the global situation, the bigger issue would be finding shipping owners willing to operate in the region under the present circumstances, he said.

As harvest gets properly under way in the UK, high temperatures and dry weather could also affect prices, depending on the effect on yields and quality.

Mr Mason said so far winter barley is probably going to be the best of the crops, as it went in in good time and progressed well.

“I am slightly nervous given the outlook for the next couple of weeks as the wheat crop is early and I suspect on lighter land it might suffer,” he said.