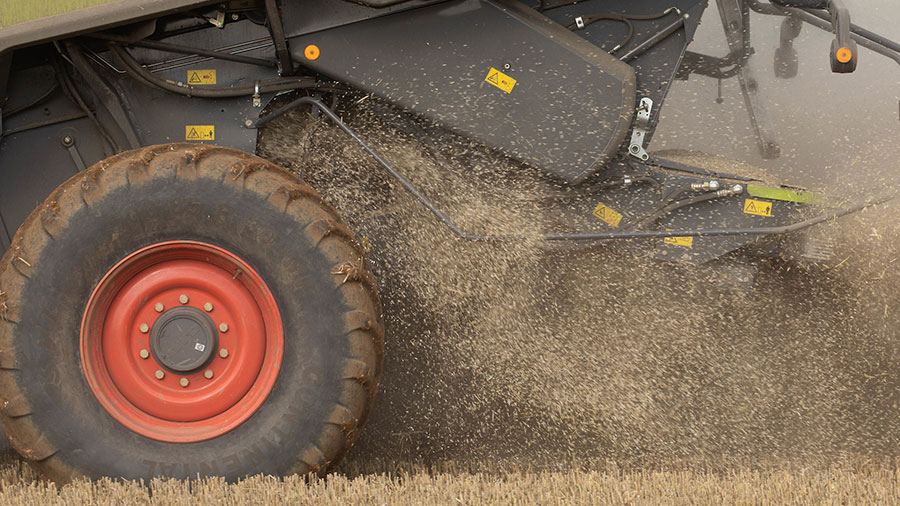 The value of straw, whether for power stations or traditional forage and bedding markets remains, buoyant, and many growers will be looking to take advantage of that.

However, with high phosphorus (P) and potassium (K) fertiliser prices this season, the value of straw as a cost-effective provider of these nutrients, a greater appreciation of the organic matter status of soils and the importance of straw for soil health, raises an increasing number of questions over straw removal.

Rob Jewers, fertiliser and crop nutrition specialist for Hutchinsons, believes that in order to make an informed decision as to whether to sell or incorporate, the first step is calculating the value of nutrient removed in baled straw.

Mr Jewers recommends looking at the values of different straw types using current market data. “These can be found in the AHDB Nutrient Management Guide [RB209 Section 4 – Arable Crops, March 2022 edition]. These figures can be used where the straw is not weighed when removed.”

He notes that as the potash content of straw can vary substantially depending on water availability during crop maturity and straw baling, it is worthwhile determining the nutrient content of representative straw samples by laboratory analysis.

“Looking at another example – say, a crop of winter oats with grain and straw taken off based on a 8t/ha crop – there is a loss of 77kg of phosphate and 132kg/ha of potash, so the additional fertiliser value in straw removed is £112.86/ha, which is a difference of £67.68/ha over last year, when the additional value was £45.18/ha.”

“The important message here is to reinvest some of the money made back into replacing the nutrition that has been removed,” he says.

Mr Jewers points out that these values are purely the financial replacement value of the nutrients removed in straw only.

However, there are other factors to be taken into consideration such as increased traffic and associated soil compaction – this is a particularly consideration in wetter areas of the country where extra traffic will almost certainly cause damage to the soil structure.

There is also the value of organic matter with regards to building soil structure.