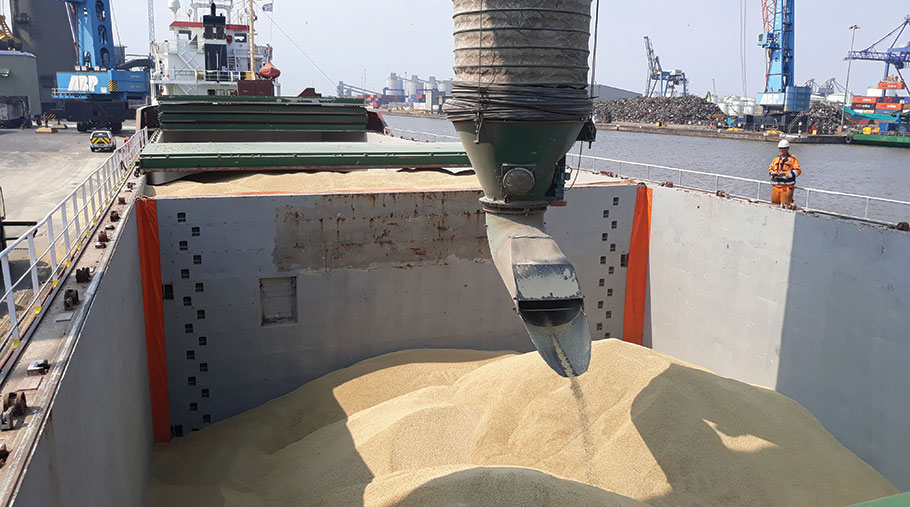 A tight barley crop is closing the price gap with wheat, trailing by an average of just £9/t midweek, compared with £13/t a week earlier.

Brewing, malting and distilling demand is set to rise after higher use last year, alongside the marked rise expected in feed barley use.

See also: Find out how to grow more profitable barley crop in the face of rising inputs and volatile grain in our Know How centre

Spot feed barley averaged £167.50/t ex-farm on Wednesday (15 August), compared with feed wheat at £176.60/t. These prices were down by about £7/t and £4/t respectively on a week earlier, following a US Department of Agriculture (USDA) report which unexpectedly depressed prices.

Hang on to stocks

With quality less certain as the spring barley harvest moves north, the advice is to hang on to barley that may not make the maximum 1.85% nitrogen wanted by the brewing market, as specifications may be relaxed.

Malting premiums for maximum 1.85% N spring samples are between £20/t and £35/t, with the large range accounted for by regional variation in availability, distance to maltster and the level of competition from the feed market. For distilling samples, another £5-£10/t is possible on top of the malting premium.

Traders say that with a high base feed price and good demand, there is little risk in holding on to samples with poorer than full specification malting or distilling quality. Distillers usually require 1.6-1.65% N.

Growers have sold what they need to for the time being and shut the door on barley stores, said Gleadell trading director Jonathan Lane. “What needed to be moved has moved. The market is in a stand-off and barley is not trading freely.”

Domestic consumers are largely covered in the short term, but are going to have to pay up, said Mr Lane. Exports for the time being will be at the smaller end, as the availability was simply not there to fill big boats.

The USDA report has been met with surprise, with traders saying it failed to adequately reflect lower crop prospects in many European countries, as well as Australia and Canada.

However, brewers were not changing their specs so far, nor were maltsters, many of whom still had stocks of relatively high-nitrogen barley from last season.

At Openfield, Glenn Mason, head of grain marketing trading, said global barley supply and demand was as tight as it has ever been.

“The lack of forage means farmers will feed more barley on farm, even at these inflated prices,” he said.