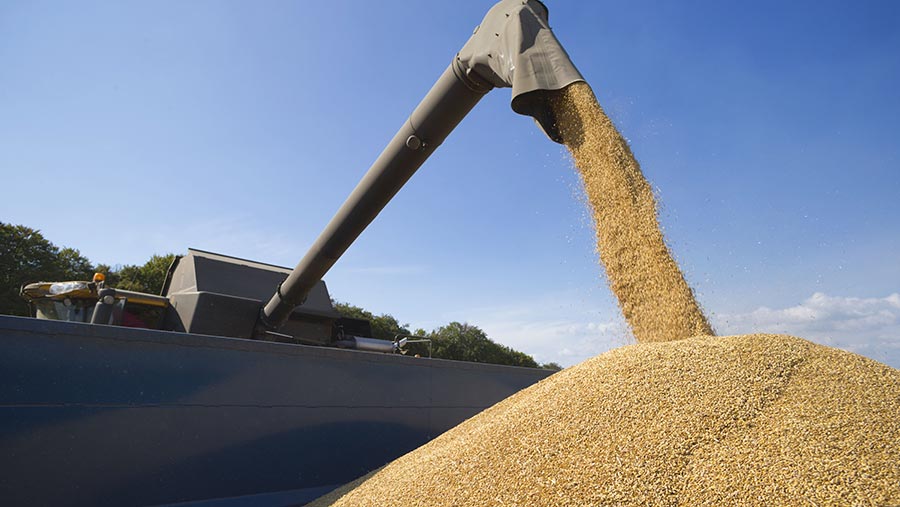 Another drop in the value of the pound has boosted UK grain prices again, with spot feed wheat gaining almost £5/t in the week to Friday.

Elsewhere, US wheat export tonnage is up by about a third on last year. Although US wheat futures prices are close to contract lows, speculators have sold a record number of contracts so may need to buy cover to close these out and this is expected to push up prices.

Meanwhile in the east, lack of farmer selling is pushing up Russian wheat prices and harvest delays caused by rain in the Baltic countries could mean production falling by 10% year-on-year.

While there are yield and quality issues to varying degrees for the French, German and UK crops, there are large crops in the US, the Black Sea region, Canada and Australia so these players are competing very keenly for export trade.

Meanwhile oilseed rape continues to gain, on a short crop across Europe where both area and yields are down. With the oilseed rape harvest about 80% complete, yields are 12-17% below the five-year average of 3.2t/ha.

The UK trade is looking for rape but limited farmer selling is pushing prices up further.  Against this, Eastern European sunflower crops look very good and a record global crop of 46m tonnes is forecast.