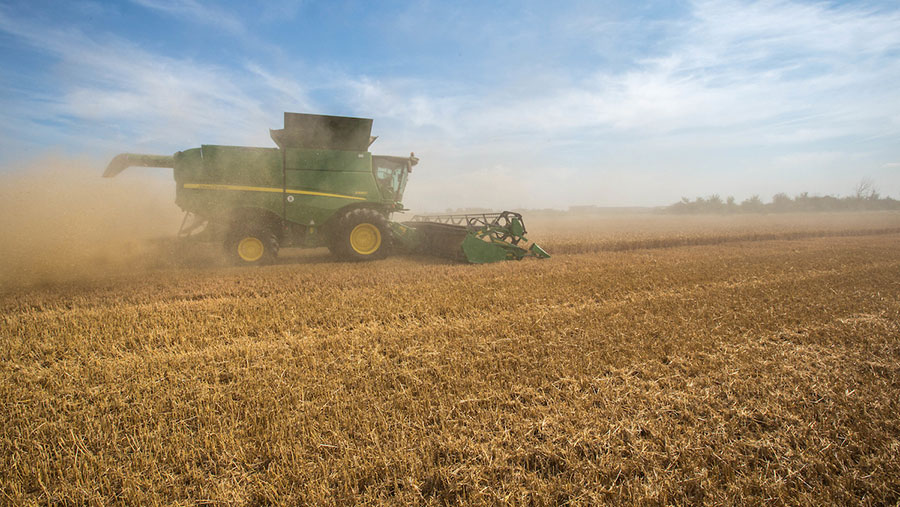 Wheat consumption for flour production could drop by about 152,000t between April and June despite a surge in home baking brought on by the coronavirus lockdown, the AHDB has said.

The estimated figure would put consumption about 13% down on five-year averages for the market, according to AHDB senior analyst James Webster.

With uncertainty remaining about how long the lockdown will remain, he used a range of consumption reductions between 5% and 15%, and varied the lockdown end date between May and June.

“Overall wheat consumption for milling is likely to be down between 36,000t and 171,000t, with a best estimate of being nearer the higher figure,” Mr Webster calculated.

Mr Webster added that this could be added back into the balance sheet as carry-over stocks and add “a modicum of pressure to late-season prices”.

He explained that the fall in demand was due to coronavirus lockdown measures, which were having differing effects on the main markets for flour – pre-packed for household use and retail bread and foodservice consumption.

According to figures from Nabim, the UK flour trade body, total annual demand requires about 4.2m tonnes of British wheat and 800,000t of imports.

Normally, about 4% of that is sold in 1.5kg packs for household consumption and about 2m of these are packed each week.

Since the lockdown measures were introduced, demand for packeted flour has more than doubled.

However, even with mills and packaging sites running 24 hours a day to produce 4m packets, there is insufficient capacity to meet household demand, Nabim said.

“Assuming this trend continues to the end of the season, an additional 37,900t of flour would, in theory, be produced for retail sale, equivalent to about 47,300t of wheat,” he reckoned.

While the household consumption is relatively simple to work out, the retail and foodservice sectors are more difficult to analyse.

Nabim say there is considerable overlap in output from bakeries that can supply both food service and retail outlets.

Collectively, they make up the remaining 95%, with roughly 70% of that going into food service and 25% into retail.

Further confusion surrounds closures as not all businesses, such as takeaways and other retail outlets, have shut down, Mr Webster said.