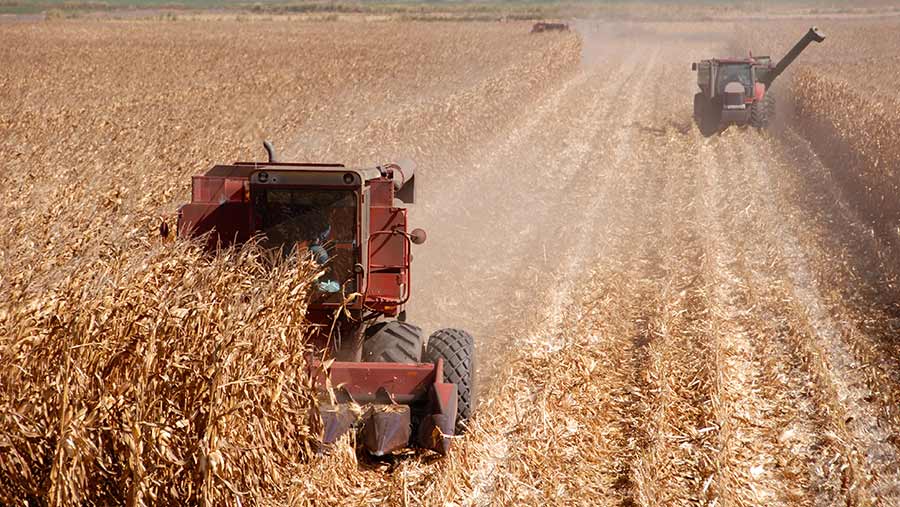 Global grain production forecasts for 2021 have increased, shifting the market into a surplus for the first time in five years.

The International Grains Council (IGC) projection has suggested a 9m-tonne rise in output to 2.3bn tonnes for the 2021 harvest.

Although demand has also increased by 2m tonnes, it is expected total requirements will peak at 2.29bn tonnes. This would result in a small global surplus of about 2m tonnes – the first year-on-year rise in stocks since 2016-17.

AHDB senior analyst Helen Plant said the key change was a 5.5m-tonne increase in Chinese maize production while China’s imports in 2021-22 were trimmed by only 1m tonnes,

There are also increases to the expected wheat crops in several top exporting countries compared with last year. Forecasts for Russia are up 2.2m tonnes, Australia 1.7m tonnes, the EU 1.4m tonnes, and Ukraine 1m tonnes.

However, while the IGC forecast suggested overall grain supply might meet demand, stocks are low and doubts remain about the impact of the weather. Total grain stocks at the end of 2020-21 were 595m tonnes – 4m tonnes lower than in the May IGC report.

The global wheat crop in 2021-22 is pegged at 789.4m tonnes, about 700,000t lower than in May, Ms Plant said. Despite the rises in some wheat-producing countries, others are down, including India by 2m tonnes and Kazakhstan by 1.1m tonnes.

The likely effect on prices is also in the balance. With stocks low, there is little room for error if supply gets disrupted. The critical weeks for US maize crops are beginning and the US maize crop accounts for more than 16% of total global grain output.

“The weather across the Midwest in the weeks ahead could have a considerable bearing on where prices go next,” Ms Plant said.

“Hot weather in July would threaten the tiny global grain surplus and likely push up prices once more. But if there isn’t challenging weather, especially in the US, global grain prices are likely to drift lower in the coming weeks,” she said.