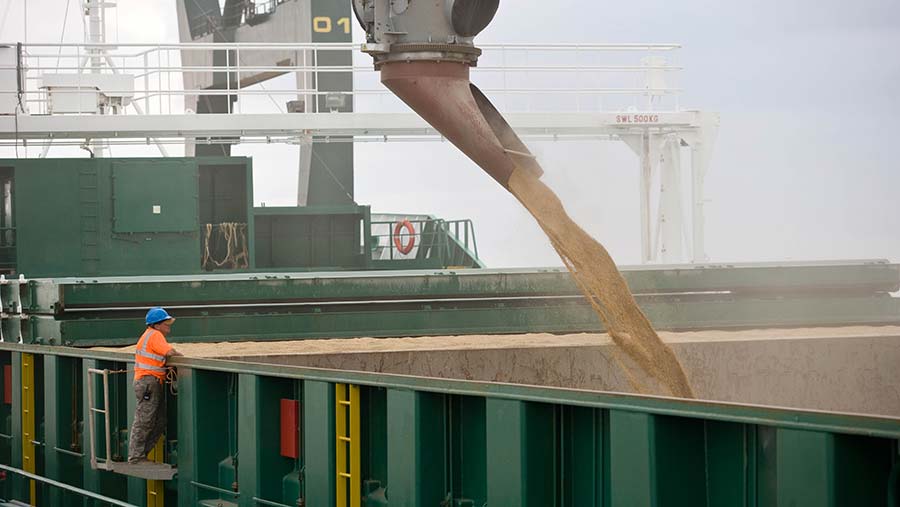 Grain prices are ending the week well down on last Friday on hopes that Ukrainian exports might resume in volume.

Prices gathered by Farmers Weekly on Friday 27 May averaged just over £309/t ex-farm for spot feed wheat, down from £317.70/t a week earlier.

However, several merchants were reluctant to quote a price for old crop as the trade is so nervous, making pricing tricky.

The fall follows comment by a Russian official that if sanctions against it were lifted, Russia would ensure safe passage of grain shipments from Black Sea ports.

See also: How to manage tree safety on farms to reduce risk and cost

The sharp fall illustrates the nervousness in the market. However, there has been little if any positive comment on the prospect of sanctions being lifted and shipments resuming in any meaningful volume.

In other crop news, welcome rains in the US Southern and Northern Plains regions have had a dampening effect on the wheat market, according to Jonathan Lane, head of grain trading at ADM Agriculture.

In contrast, the International Grains Council cut its forecast for the global 2022-23 corn harvest to 1.18bn tonnes, a reduction on its previous estimate, and reduced its wheat outlook to 769m tonnes, down from 780m tonnes.

Dry conditions have prompted the EU’s Mars crop monitoring service to push down its estimate of EU soft wheat yields to 5.89t/ha, compared with its April forecast of 5.95t/ha, with France the main area of concern.

Wheat drilling in Canada is also behind the expected rate for this point in the season.