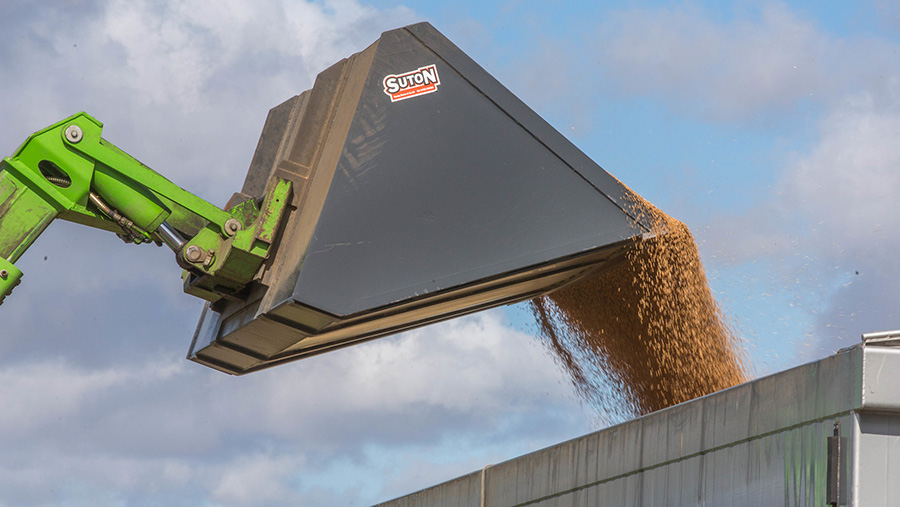 “Old-crop prices remain close to the season’s highs and at a hefty premium to new-crop, meaning carryover stocks should be vastly reduced from recent years.”

“If you believe the official figures, the UK should have a further 500,000t to export this season.

“Currently, we are much closer to importing significant volume in the North East than exporting any tonnage out of the South and East. In this scenario, adding further sales is worthy of serious consideration for farmer long-holders,” said Mr Sheppard.

While the immediate competitiveness of UK wheat has reduced, the latest export figures are encouraging, showing that between July and November, 987,000t of wheat left the UK – the highest level during this period for five years.

Feed barley continues to lag well behind wheat, although the drop in wheat narrowed the gap slightly this week. February feed barley values averaged just over £119/t ex-farm, but the regional range was wide at  £112-£125/t.