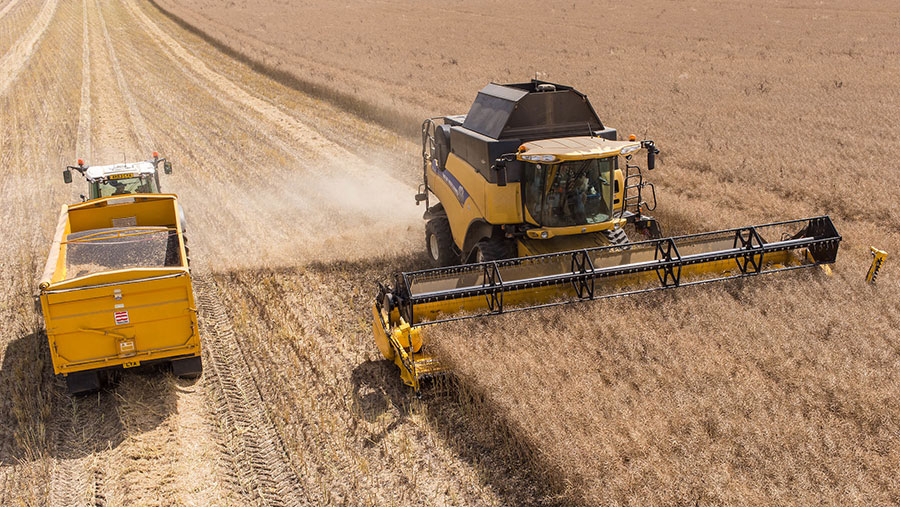 The oilseed rape area looks set to rise by about 7% for the 2018 harvest but with yield expected to fall to about 3.5t/ha.

This means total output is likely to be slightly down on 2017, at 2.11m tonnes, according to farmer co-op United Oilseeds (UO).

There are some significant regional variations in area, with a rise of more than 10% expected in Scotland, Yorkshire, the South East and South West.

More OSR will be grown in all areas apart from the North West and Wales, although both the East and West Midlands show increases of less than 1%.

Higher quality from the 2017 harvest resulted in bigger bonuses, while the co-op’s harvest pool has averaged £305/t and its long pool (October-December movement) £320/t.

Many growers traditionally move oilseed rape early in the season because of storage and other logistics issues but UO Carte Blanche pool, which allows UO to move the seed anytime between February and June, earned growers an average £33.39/t more (including bonuses) than selling seed at harvest over the past 12 years, said managing director Chris Baldwin.