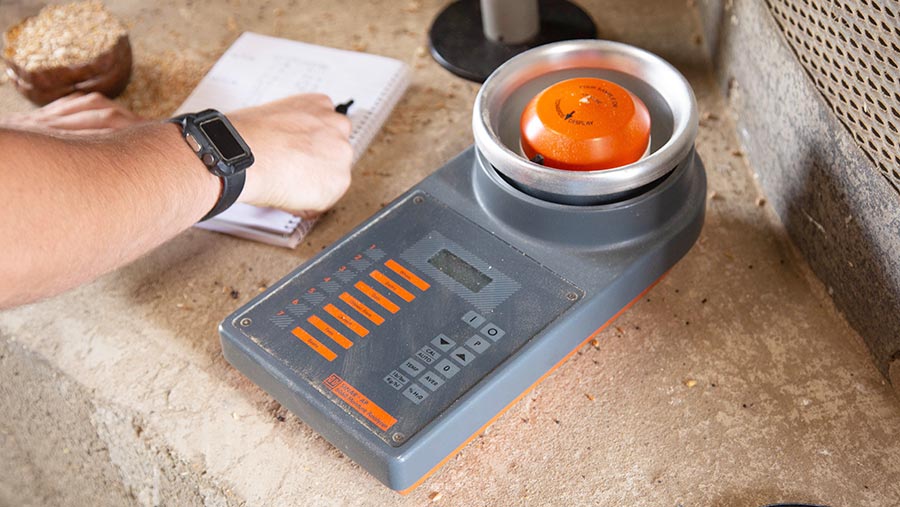 Contracts are legally binding documents and set out the agreed quantity, quality and delivery aspects of a deal between the arable grower and merchant.

However, many growers don’t take time to read them and fail to appreciate their obligations until a dispute occurs, says Philip Noyce, independent grain contract expert and dispute arbitrator at Philip Noyce Associates.

“It is vital to know the express terms in a contract and have a good working knowledge of the standard terms that underpin them, if disputes are to be avoided,” he says.

Express terms are the description of the commodity, the goods, the month of movement, the price and the payment terms.

These will have been fixed with the merchant by phone or at a meeting when the contract agreement takes place.

The verbal agreement is binding and no signature is necessary under common law.

Once the agreement is reached, the merchant will send a one-page confirmation.

These can run to several pages and commonly include clauses that help the parties where, for example, insolvency occurs, delivery is frustrated or there is a dispute.

It also sets out how the goods are to be sampled and what happens if the quality is deficient.

In the UK, the Agricultural Industries Confederation (AIC) Grain/Pulses No.1/19 contract records these terms for grain and pulses while the Federation of Oils, Seeds and Fats Associations (Fosfa) 26A contract covers oilseed rape.

Additionally, most merchants issue their own terms of trade annually, often by post to suppliers or by referring to them on their websites.

These can override the terms of a standard industry contract such as the AIC No.1/19 (above) so it’s important to be aware of the merchant’s own terms.

The areas in which these vary from standard terms are most likely to be tolerances and contract extension.

Quantity
Contracts will stipulate the tonnage of grain or oilseed and quantity issues usually occur when bad weather or some other agronomy challenge has reduced yields.

However, a level of leeway is included in the contract to allow for such issues.

For grain, a discrepancy of 15t or 5%, whichever is the lesser, will be accepted without penalty.

The merchant can claim damages if the amount is outside these limits.

The charge is based on any extra cost of buying in grain at the market price to make up the shortfall.

Disputes can arise here when volatility in the market causes price spikes and there is a disagreement over costs.

However, this can be avoided with a contract that stipulates the seller can substitute purchased goods which match the contract description to make up the shortfall.

Delivery
Merchants may not collect a crop on the agreed date, perhaps because the ship it was intended to fill has failed to make port when expected.

To cover this scenario, the contract may set out extensions that provide flexibility on the collection date.

The grower should be aware of the potential extra storage period, which may be needed in case the extension clause is used.

In situations where it is the grower who fails to provide contractual goods to be collected, the buyer is permitted to claim damages.

Quality
Contracts will almost certainly contain a quality specification and the AIC 1/19 contract states goods must be free from:

Testing under the AIC contract is regulated and analysis should be made by calibrated equipment.

If the results are disputed, the grower has the right to an independent re-test but will have to cover the cost if the original analysis is upheld.

How to reduce the risk of disputes

Arbitration will consider whether a contract document was sent and will scrutinise paperwork, emails and texts. Any notes made at the time of the agreement can also be helpful as evidence.

File any relevant correspondence to help verify whether a deal has been completed.

Read the contract
It is important to understand what you have sold and when. Take time to read through grain contracts when they are issued and get a working knowledge of the AIC or Fosfa standard contracts.

Raise issues early
If there are any doubts about meeting the contract obligations, early communication is vital. A discussion with a buyer at an early stage can secure a constructive resolution or an alternative arrangement.

Both AIC and Fosfa contracts include clauses on resolution that allow a party to insist on arbitration.

The process is formal, private and legally enforceable and made by impartial arbitrators – one appointed by each side plus an independent chairman.

Arbitration is faster, simpler and typically less expensive than litigation but detailed rules mean it is worth taking professional advice.

Once a party has claimed arbitration, they will send in a written submission saying what they are claiming and why, along with detail of the level of damages sought.

The respondent then has 28 days to respond with a defence statement, after which the claimant has 14 days to issue a rejoinder.

The respondent may also issue a counterclaim to which the claimant has a right of reply.

An oral hearing may take place before a panel at this stage, but this is more likely at appeal.

The arbitrators will then make a final, legally enforceable award and set out any damages.

An arbitration based purely on the paper process is likely to take two-and-a-half to three months to complete.

Costs depend on the complexity and length of the case but generally the award of costs follows the result so that the losing party pays the other side’s costs.