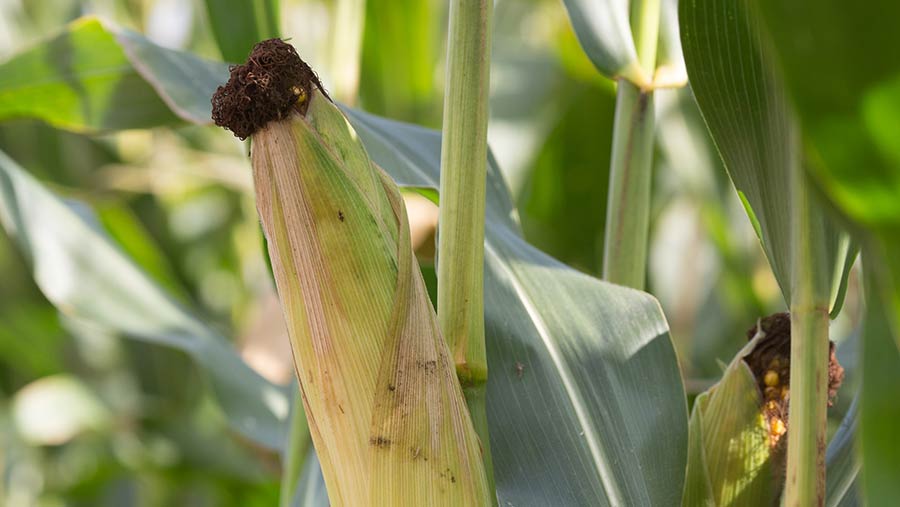 Maize imports, ethanol plant closures and the looming potential of a no-deal Brexit are putting pressure on wheat prices, according to grain traders.

Maize imports are up by one-third and have broken the 540,000t mark since July, HMRC figures show.

AHDB analysts said maize was being imported into the country at £152/t, while the spot UK average ex-farm price for wheat currently stands at £161.50/t – well back from its harvest peak, but still firmly above where it stood this time last year at about £136/t.

The competitiveness has seen maize use in animal feed reach record levels, with inclusion rates up 24% on the year in September.

Effect of ethanol plant closures yet to be fully felt

Grain traders explained the switch to maize for animal feed was fuelled by ethanol plants, which took in more than 1m tonnes of wheat each year.

Mr Bright said the price gap from wheat to maize had already reduced from more than £20/t earlier in the season.

“Because wheat and maize purchases are already on the books, imports will continue to arrive through to next April,” Mr Bright said.

“It means we will have gone from a tight supply to an exportable surplus,” he suggested.

However, the fast-moving changes in parliament, which have swung overnight from a Brexit trade deal being on the cards to the prospects of a no-deal, have caused consternation.

“We are most concerned about the WTO scenario that would hit the competitiveness of UK wheat sales to European customers,” he said.