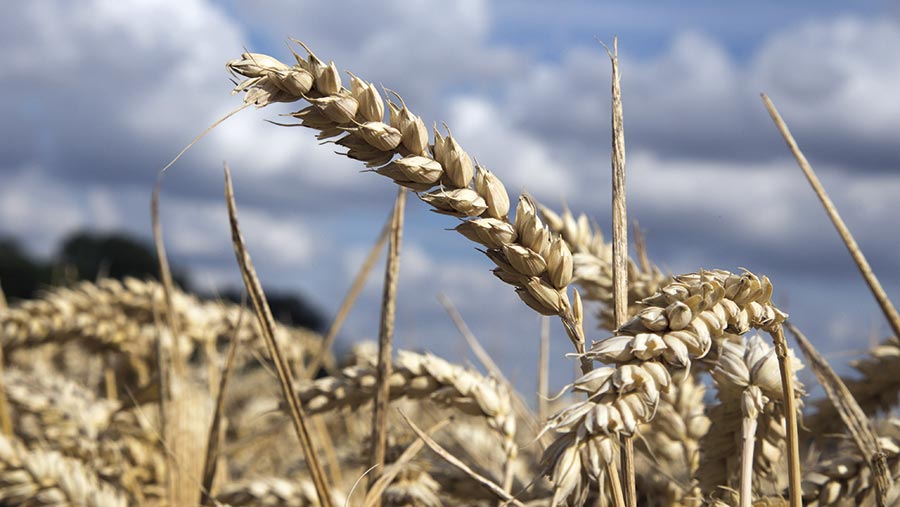 Grain prices are moving in a fairly narrow band dictated by supply and demand dynamics.

The sentiment of the large investment funds (speculators) is that the markets can only move lower – big crops get bigger with production predictions likely to grow as final harvest data and new crop information comes forward.

As such, the funds have been building significant short (sold) positions. This, however, leaves the market open to sharp moves higher if the institutions are provoked by crop or political news into covering these positions.

Farmer reluctance to sell then turns to opportunism, with high volumes of grain coming on to the market, which inevitably results in a fall in prices, with investors once more feeling it’s time to buy – and so the cycle continues.

Without major influences on the market, such movements might be all we have to look forward to in the short term.

So what could happen in the next few months to break us out of these confines?

At the start of November, the rate of progress on the US soya bean harvest is just 1% behind the five-year average. The corn harvest is proving slow although there’s still time for it to catch up.

Australia is usually one of the last main players to harvest and is on track for an unexceptional 22m-tonne wheat crop in contrast to the ever-growing Russian production estimates that currently put its harvest at 83m tonnes – some 14.5% more than last year’s record.

Russian supply is one of the main factors behind the general sentiment of the funds, and government talk of significantly increased production in the coming years is only consolidating matters. Russian farmers are certainly spending more on inputs, with nitrogen fertiliser use in the current year up by 16%.

Last week’s US Department of Agriculture figures put world corn production up 5m tonnes from previous estimates, with the USA up a huge 7.5m tonnes thanks to an unexpected yield hike.

So we’re left looking to new crop setbacks to ease the ongoing supply pressure. But they’ll need to be big to upset the status quo.

In the USA, winter wheat planting is in line with the five-year average at 91% complete, so there is no real concern there, leaving the soya bean and corn crops currently being planted in South America to provide any excitement.

It can happen. In 2011 a mid-December drought in Brazil and Argentina hit crops hard, sending shock waves through global markets with a significant and sustained rally lasting several weeks.

We are also approaching the time of year when winter-kill in the Black Sea region has been an issue in the past.

If either of these repeat themselves in the next few weeks, the bubble that prices are currently contained in might finally burst. How long it will last is another question – but if you see it, seize it.

Overall the UK presents a relatively tight supply and demand picture but the world’s excess of grain is ensuring trading stays relatively flat.

We have only a small exportable surplus – a little over 0.5m tonnes compared to nearly 3m tonnes just two years ago – so we don’t need lower prices to compete on world markets. Russia’s surplus will mean it is able to dominate export markets for some time, anyway.

If domestic prices firm too much, however, imports will start flooding in. So prospects remain trapped in a relatively narrow range from both domestic and global perspectives.

In the absence of any significant weather, sterling’s instability is the most likely factor to have an impact on UK prices in the short term.

With Brexit negotiations continuing, political instability rising and a challenging 2018 looming, opportunities from currency volatility are almost inevitable even if a helping hand from worldwide supply fears isn’t.

A summary of the current main price factors and their probable influence.

The sheer volume of grain in the world and confidence that production will continue to grow in coming years is putting a halt to anybody saying prices will rise significantly in the future.

This year’s harvest is unlikely to exert further influence on markets – we know it’s big and this is already factored into current prices. The weather over coming weeks, particularly in South America, could unsettle markets significantly. With Russia such a dominant producer now, any hints of winter-kill there will be jumped on.

Investment funds are building huge short (sold) positions betting on prices falling further, so anything that suggests otherwise causes short-term spikes as they rush to cover their positions.