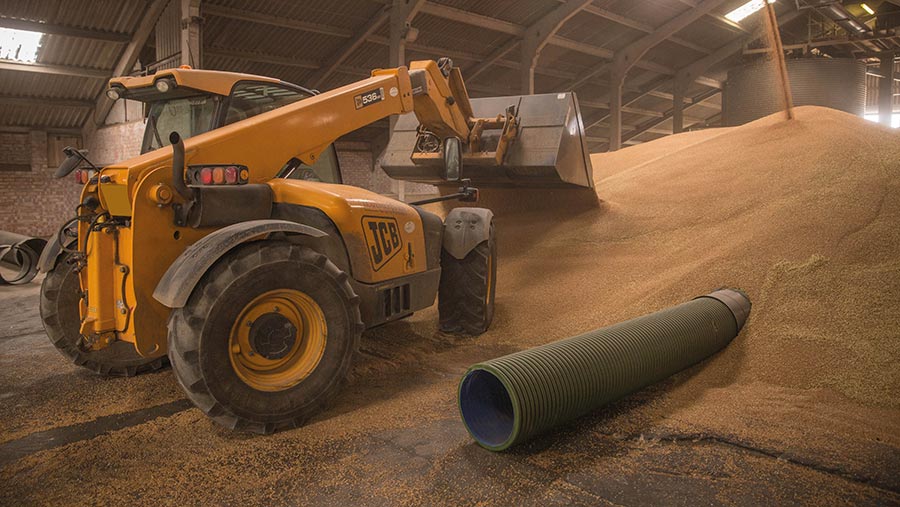 Grain markets continue in a nervous state until more is known about the quality of harvests in Europe, North America and the Black Sea region.

The grain rollercoaster took a downward tilt early this week after UK feed wheat futures for November gained about £11/t last week following a US Department of Agriculture (USDA) report, which cut expectations for corn and wheat crops.

However, the November contract gained £3/t on Wednesday (18 August) to stand at £191/t at midday.

Ex-farm feed wheat prices gathered by Farmers Weekly on the same day averaged £177/t for August – a rise of £1/t compared with the previous week.

Premiums for milling wheat have been slowly strengthening on crop concerns, particularly for the hard wheats of Canada and some US states, where the effect of the heat dome on crops is known to be severe, but remains unquantified.

Midweek, the full-spec domestic breadmaking premium was up £1/t on the week, at £22/t over feed, with the ex-farm price averaging £199/t for August.

It is clear that the quantity of North American wheat for import to the UK is likely to be tight, which could raise premiums here as millers look at using more home-grown grain.

Malting premiums remain stronger than last year on uncertainty over the western European harvest. While Danish crop appears good, more than half the area is still to cut.

Both wheat and barley prices need a close watch, say merchants, most of whom advise that with the level of volatility seen recently, current values offer a selling opportunity for at least a portion of the crop.

Key points from the USDA report: