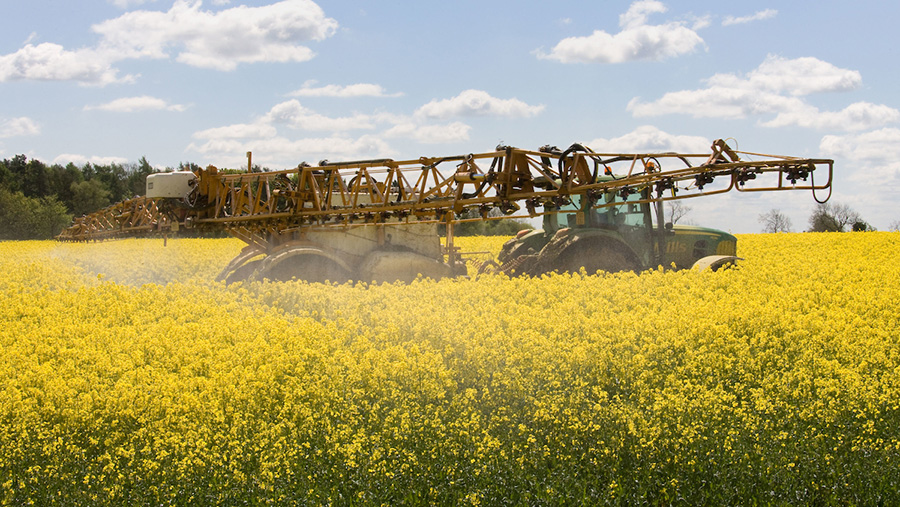 Oilseed rape prices jumped again this week, by about £7/t compared with the end of last week.

This was mainly on weaker sterling but also because the crop is relatively short.

There is only a narrow range between September and November prices, with ex-farm values on Friday morning (23 September) at an average of £311.60/t and £312.70/t respectively.

Some imports are coming in and buyers are generally only interested in pre-Christmas delivery, said United Oilseeds earlier in the week.

Growers are reluctant to sell, given that prices have risen for the past couple of months.

Prices for the 2016 and 2017 harvests also gained on currency and other vegetable oil market factors, such as higher usage and global palm oil supplies being seen insufficient to meet demand in 2016-17.

It put EU production at about 20m tonnes, down from its the June forecast of 22m tonnes and compared with last year’s 22.4m tonne crop.

The most significant downward revisions were for Germany, France, Poland and the UK.

Adding to the market pressure, China and the EU are competing for tight global supplies of rapeseed and canola, while Brazil and Argentina are likely to plant maize and wheat in preference to soya.