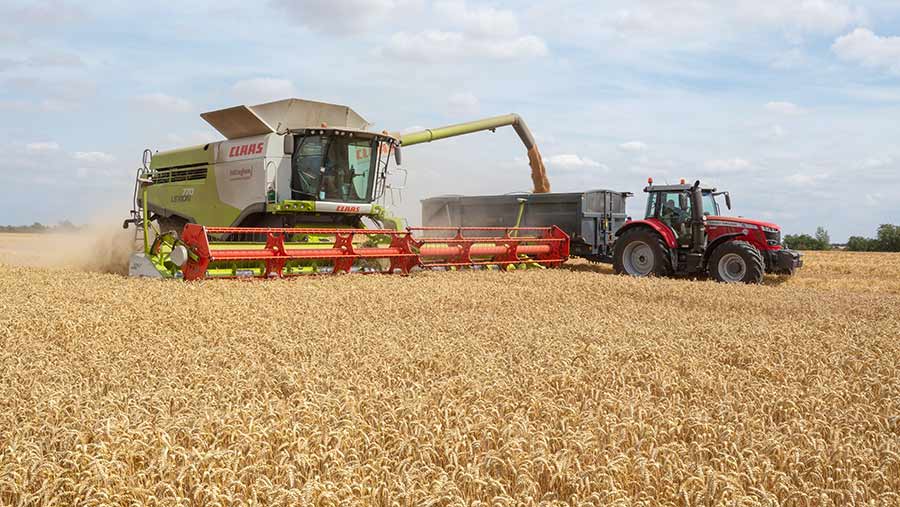 Last season was a stark reminder of the risks associated with high-input, high-output production strategies, as extreme weather challenged even the best arable businesses.

A surge in commodity prices provided some compensation, but with growing costs for harvest 2019 set to be considerably greater than 2017/18, many combinable cropping farms need to re-examine what they do in order to protect future profitability.

Increases to fertiliser and fuel prices will be most evident, but further hikes are also likely for agrochemicals, machinery and labour, says Andersons Midlands partner Sebastian Graff-Baker. This will lead many to question their approach to crop inputs.

Yield is king in terms of cost of production a tonne and recent years have seen specialist cereal growers placing more emphasis on variable inputs (mainly fertiliser and sprays) in an attempt to drive higher yields.

However, Farm Business Survey data shows that while the average spend on fertiliser and chemicals has increased by £79/ha and £90/ha respectively in the past nine years (see table), there has been no discernible improvement in average wheat yield, which has stayed stubbornly close to 8t/ha for a decade.

Assuming a wheat price of £150/t, that means an extra 1.1 t/ha of yield is required just to stand still financially, says Mr Graff-Baker.

“However, for cereals, Mother Nature can give and take at least 2.5t/ha,” he adds.

As the scale of many operations increases, blanket or insurance approaches to cropping appear to be more evident, and high-input strategies, particularly for agrochemicals, risk becoming the norm, he says.

This is often because farming over larger areas can mean there is less time to devote management attention to detail for every crop and/or less flexibility in the way inputs can be targeted to where they are required.

“The variations can be significant,” Mr Graff-Baker says. “Neighbouring farmers with the same yields under similar conditions and weed burdens can have up to £100/ha variation in spend on chemicals.

“Inflation of inputs relative to output prices will, in time, force a change to this approach.”

At the other end of the scale, a low-input system requires a radical change to cultivations and rotations, not necessarily achievable on all soil types.

Many farms also require a minimum level of expenditure, particularly on herbicides, to retain control of grass weeds such as blackgrass.

Assessing and balancing output potential with crop input costs is the key to profitability, although the precise fit for individual farms depends on inherent soil fertility and yield potential.

Decisions may need to be made about whether or not to crop certain areas of the farm – not only between fields, but also within fields where former field amalgamations have thrown together areas of different productive potential, Mr Graff-Baker says.

The same requirement to balance spending with potential returns applies to machinery, particularly given its increasing purchase cost and mounting contribution to overall production costs in recent years.

“It is essential to match kit and scale. This is increasingly difficult for many large businesses operating under short-term agreements, where land is lost and gained each year.”

Downsizing (even by only a modest amount) can sometimes enable an improvement in business profitability, he suggests.

“This is not always easy to achieve and, in many cases, requires a completely open mind to look at the business and start with a blank sheet.

“However, if the sector is to prosper following the removal of direct support, we must focus on appropriate scale and input use to manage risk and reward.”

The Draft Agriculture Bill published last September identifies an opportunity for some businesses to address the “cropping everything in every year” approach that drives scale of operation.

Combinable crops businesses should also consider more selective cropping and identify those areas that may be better suited to future environmental schemes.

Winter crops have got off to a cracking start, with one of the best autumns for some time. A key exception is oilseed rape, where a combination of drought and cabbage stem flea beetle attacks have led to crop losses, estimated at 10% of the total area.

One notable feature for the season ahead is the shift from spring to winter cropping. This reverses the recent trend of spring cropping to tackle blackgrass.

The AHDB Early Bird Survey suggests that the good autumn – combined with better prices – has resulted in the largest wheat area since 2004, while spring barley has fallen for the first time in five years.

Last season’s poor spring crop performance may also have nudged some farmers to ease back.

However, the key question is whether this will set back efforts on blackgrass control.

While the favourable autumn meant farmers were able to drill even later, allowing more time for stale seed-beds, it could still prove costly for some. Badly infested crops may end up having to be sprayed off next year.