More than 1000 farmers and their families brought central London to a standstill as they marched through the capital to highlight the price slump across Britain’s livestock and arable sectors.

Dubbed the Farming to London march, the event was organised by campaign group Farmers For Action, which said the number of farmers exceeded expectations at a busy time of year. 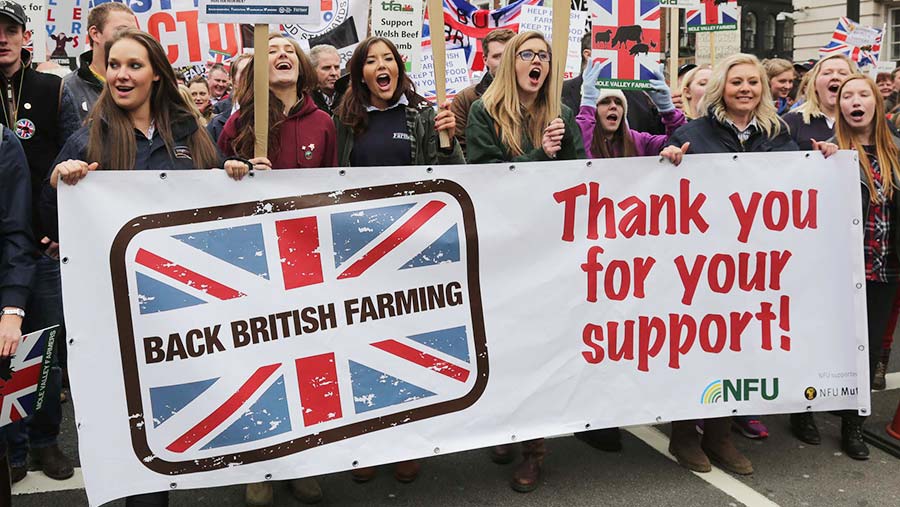 Coach loads of growers and livestock producers started arriving in the centre of the city shortly before 11am on Wednesday (23 March).

There was a strong media presence to cover the march – including regional news teams as well as independent film makers and reporters. 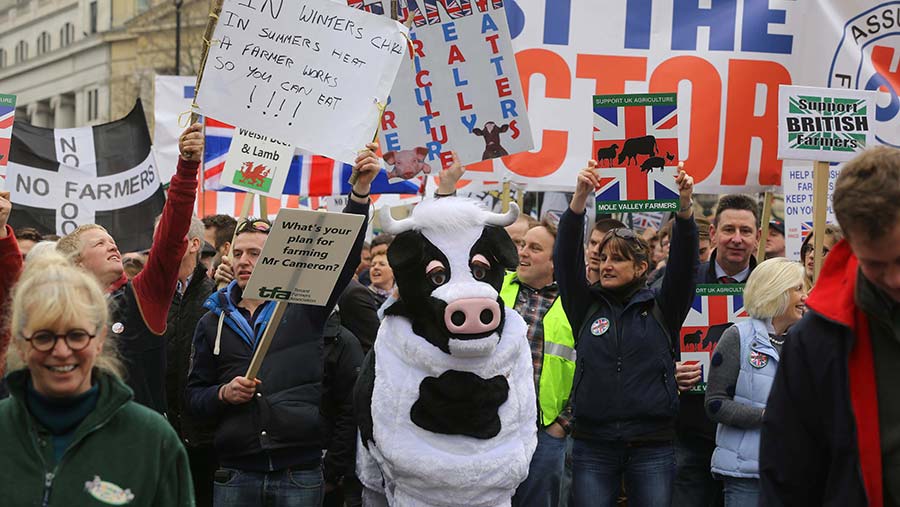 Farmers came from as far away as Cumbria, Wales and Cornwall. They included dairy producer Ian Thomas, who set off at 4am from Meidrim, Carmarthen.

Mr Thomas said he had come to London to highlight the need for a better milk price. “We are not having a fair play in the market place,” he told Farmers Weekly.

“We are being forced to produce food to higher standards – which we expect to do any way. We are not farming to make a lot of money but we do expect to be paid a fair price.” 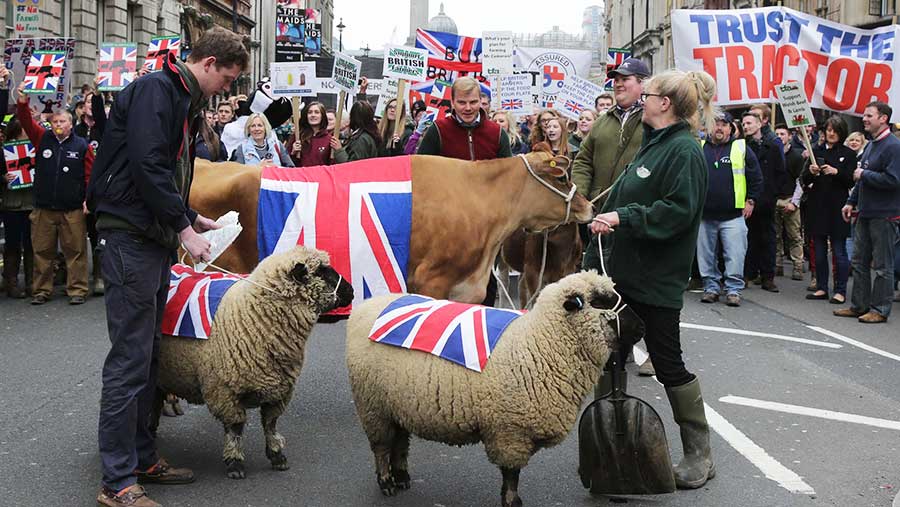 Traffic was forced to stop as the farmers marched down Pall Mall, past Trafalgar Square and along Whitehall to Downing Street.

Banners and placards waved by marchers thanked the public for their support – with marchers chanting for a “Fair Price for Farmers” and “Save our Future.”

Many farmers unable to attend sent family members in their place. 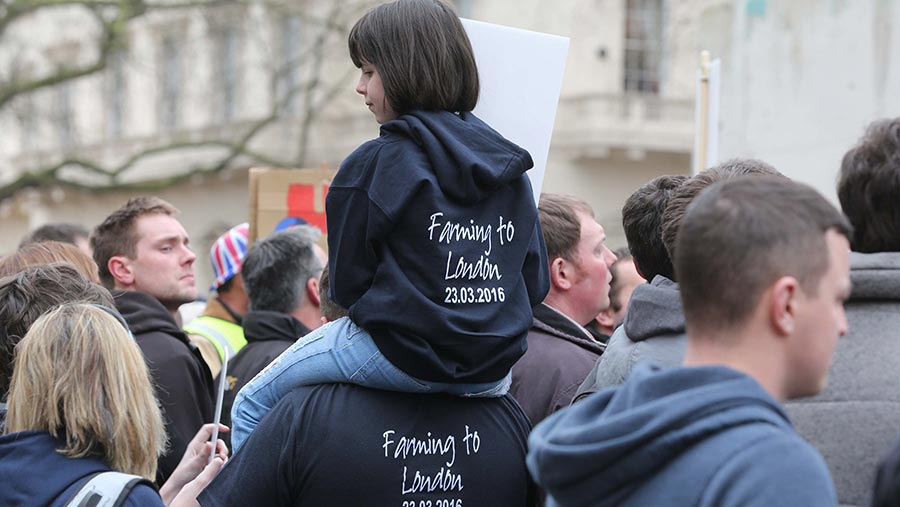 Livestock handlers at the front of the march led a pair of sheep and a Jersey cow and calf from Belmont Farm, Mill Hill, London.

Three generations of the Wyatt family set off early from Woolacombe, in north Devon and arrived in London just before lunchtime.

They included three-month-old baby Rosie. “We are on the verge of finishing [dairy farming] – the supermarkets are driving down prices and need a shake-up,” said Sadie Wyatt. 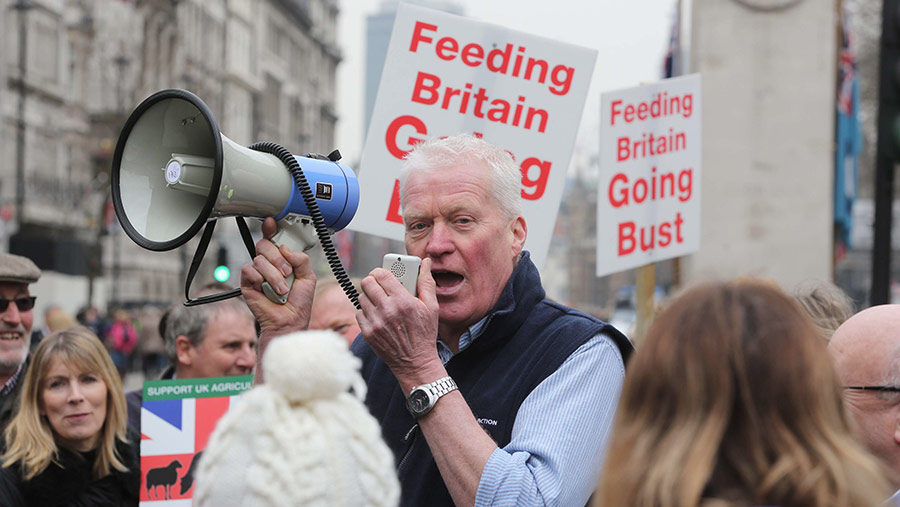 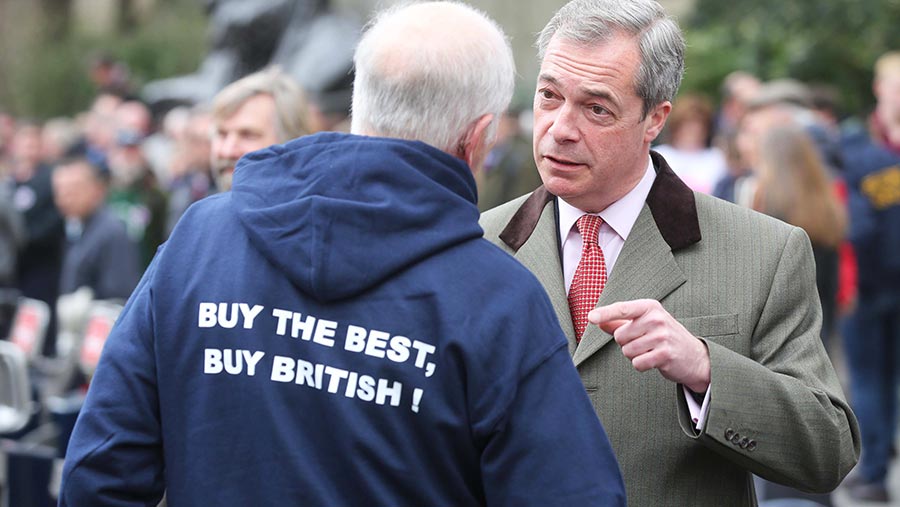 Arable farmer Paul Cary, who travelled from Frome, Somerset, said low milk prices had forced him to give up dairy farming last year.

“We need fair prices for farmers,” he said. “The government needs to stop us losing money – it isn’t just dairying, it is all the farming sectors right across the board.”

Supported by the Tenant Farmers’ Association, the march was billed as a celebration of British farming, rather than an out-and-out protest. 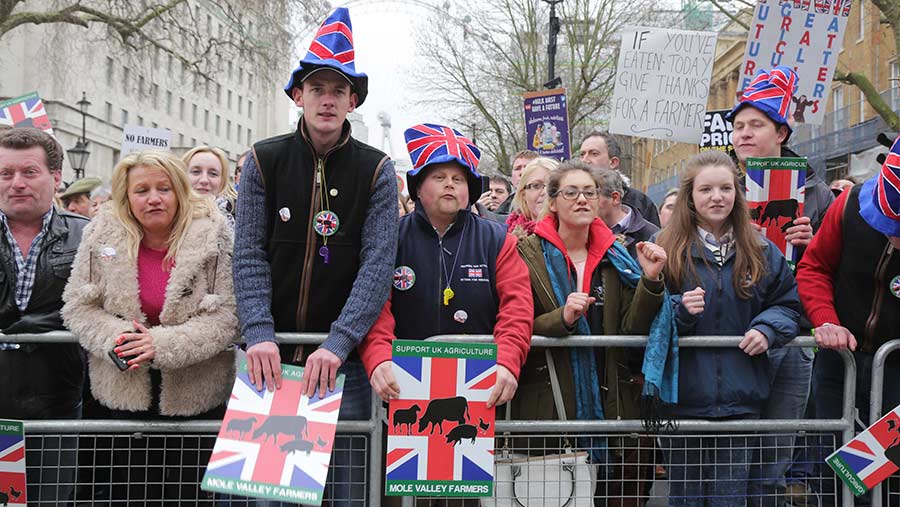 See more photos on our gallery London day of action