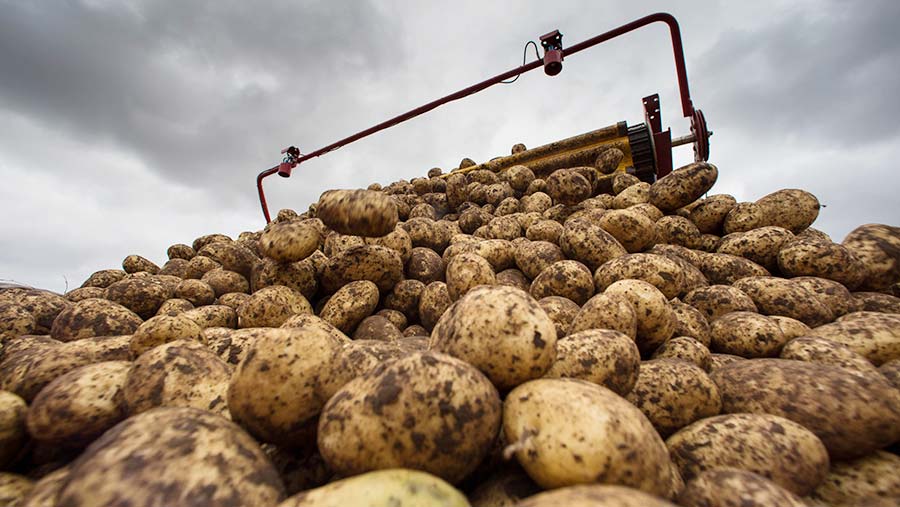 Potato prices lost ground once again despite increased demand in the English and Scottish packing markets.

Ample supplies and good yields outweighed the influence of stronger demand, keeping pressure on prices, said a report by AHDB Potatoes. As a result the GB average free-buy price fell by £3.03/t in the week to 6 October to £88.22/t.

Despite total volumes holding steady, exports of processed potatoes over the same period increased by 19% to 113,500t. Cargoes to EU destinations accounted for 76% of processed shipments.

Counteracting this, fresh potato exports fell by 11% compared with the previous season to 175,200t, leaving the total UK exports figure stable. This was driven by tight supplies in both the UK and on the Continent, said the report.

Despite the decline, fresh potatoes remained the largest export market sector – accounting for 45% of the total shipments in the 2016-17 season. EU markets continued to be the biggest receiver of UK fresh potatoes, with only 2% being shipped to non-EU countries, said the AHDB.