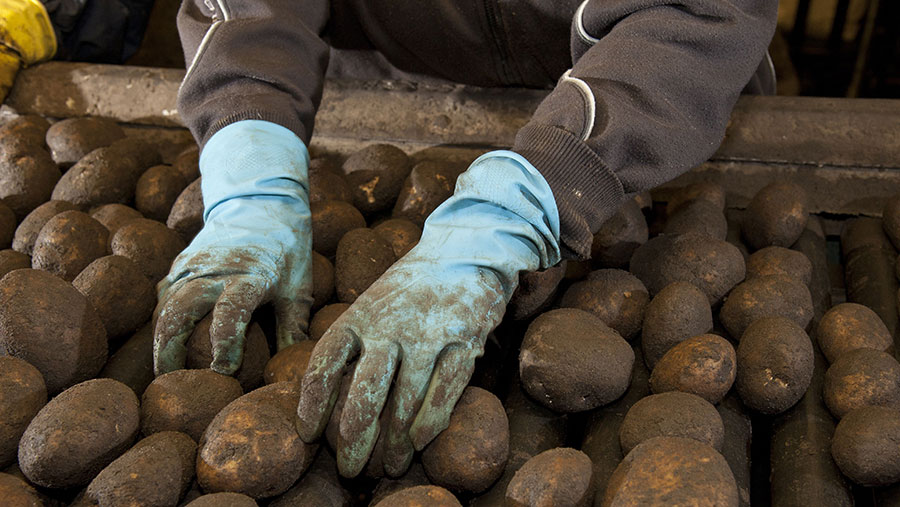 Values were pulled down by limited free-buy demand and slow export trade.

Contracted or previously acquired stocks contributed to most movement, with the greatest interest in supplies with good skin finish and baker contents. Prices here were mostly unchanged.

Despite tight supplies in other regions, chipping availability was reported to be increasing in the East to meet a slow demand, added the report.

This increased stock – alongside imports from France, Belgium and the Netherlands – was supplementing limited availability in the West.

In export markets, trade was on the light side because of limited supplies. Stocks available were moving to the Canaries, with prices firming slightly in the week to 24 March to £290-£360/t depending on variety.

Meanwhile, weather has interrupted planting progress of the 2017 crop.

In the week to 24 March, a mixture of heavy rainfall and cool temperatures for the time of year restricted planting in many areas – particularly the South, said the report.

In Lincolnshire and the East, activity was confined to light soils.