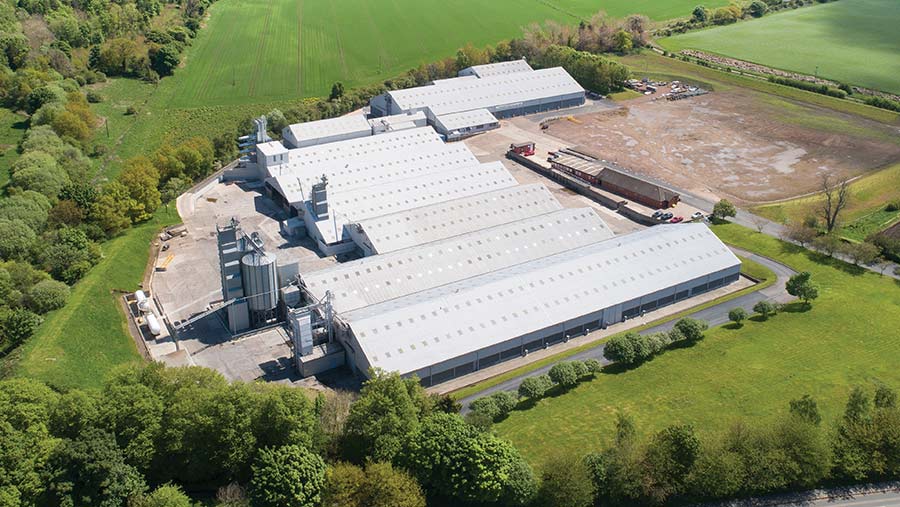 Hauliers, merchants, general suppliers and government bodies such as HMRC account for the remainder of unsecured creditors listed in the administrators’ report, published on Wednesday 7 July.

The administrators of this particularly complex failure say they expect some funds to be available under a legal provision known as the “prescribed part”, which allows a carve-out of a small portion of funds due to certain secured creditors to be paid to unsecured claimants. However, past grain trade failures point to this being just a few pence in the pound after a long wait.

Aside from the millions owed to unsecured creditors, once factors such as outstanding claims over huge grain stock shortfalls are also factored in, the administrators anticipate the deficit could be £70m.

Macquarie Bank, the main lender to AIS, is expected to make a partial recovery of its exposure to the group.

Among the notable non-farmer unsecured creditors is fertiliser manufacturer Yara, which is owed £825,000.

The creditors report says the firm had liquidity difficulties over the past two years, but that its problems date back to 2010, when it had exposure of an estimated £20m to Philip Wilson (Grain), which went into administration.

Associated with this exposure, AIS took ownership of two former Philip Wilson stores and some development land. However, the subsequent development had not delivered forecast returns and had taken longer to develop, with costs overrunning as result.

Problems created by tight trading margins over the past two years were added to by the slump in malting barley demand as the Covid-19 pandemic hit the market. Grain was sold to finance margin calls on futures hedges, accounting for large cash outflows resulting from grain market volatility.

Tight cashflow meant stock could not be replenished, said the report.

From the start of the process, there have been questions about the level of grain stocks both owned by the company and stored by it on behalf of third parties – mainly growers, and other merchants and co-ops.

The value of the third-party stored grain is a particularly thorny issue, with some of this being grain bought by other merchants from AIS and some stored as a service for merchants, co-ops and growers.

This complexity and the size of claims in relation to the amount of grain in store prompted the administrators to apply to the courts in June for permission to sell the stored grain. One factor was that grain sourced or stored under different arrangements had been mixed, despite contracts stating it should be stored separately.

While the court set out a process for assessing claims for title to the stocks, it did not make an order regarding the sale of the commodities, save for 2,000t of oilseed rape.

Growers supplied grain on a wide range of contracts and had also bought inputs for the company on contra-arrangements, sourcing these on an undertaking that grain would be supplied in exchange for those supplies.

Grain was also supplied with no written contract.

Law firm Brodies has been retained by the National Farmers Union (NFU) and NFU Scotland (NFUS) to advise members, who have a large range of contracts and arrangements with the company.

David Michie, NFUS policy manager, said: “We understand that the storage sites will all be used for storage this year, and the majority have been bought by grain traders. This indicates that supply chain disruption will not be as bad as initially feared.”

Banks are understood to be extremely worried about the effect on their farming accounts. Farmers Weekly asked five banks for comment. One declined to comment, three others did not respond.

Ian Burrow, head of agriculture and renewable energy at NatWest Group, said: “We are committed to supporting our customers where possible and would encourage any of our customers who are affected by this business’ closure to contact their agricultural relationship manager. They will review each case individually, and our primary aim is to find a way to support affected customers through this next phase.”