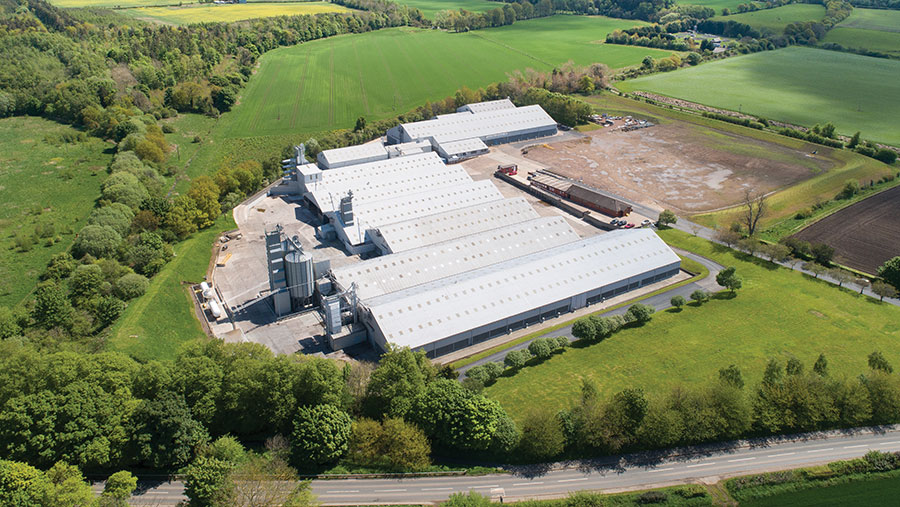 Meadow Stores at Ormiston, East Lothian, is one of four Alexander Inglis & Son sites on the market with Savills © Savills

Speculation is growing over the amount owed to farmers, traders, hauliers and other suppliers to Alexander Inglis & Son, which is in administration.

More than 100 farmers attended an online meeting on Monday 31 May, organised by NFU Scotland, about the fallout from the Scottish grain merchant’s failure.

While there is no confirmation yet of the total owed, it is likely to dwarf the £15m that was outstanding in the Wellgrain administration of 2017.

“There are many questions to be answered, but these are devastating times for the trade, and farmers and hauliers,” said one merchant.

There are issues with the stock levels of grain and other commodities, including malting barley, wheat, oilseed rape and oats, at four stores in Scotland and one in Northumberland.

In a statement issued to Farmers Weekly as it went to press, the administrators said: “The joint administrators confirm there are competing claims over the remaining stock and that an application to court has been made seeking directions to assist in agreeing a process for resolving these disputes.

“This involves authorising the company to sell the majority of grain which is subject to material disputes, with net proceeds being available to valid stock claimants following subsequent adjudication of claims.”

The administrators said there is a significant shortage of grain stock relative to claims, and that their plan was an appropriate and fair solution in difficult circumstances.

Advice from NFU Scotland farmer meeting for those affected

“It appears the company did not do so, leading to significant issues in identification of ownership and reconciliation of the stock. As a result, it is not possible to identify any particular stock as relating to any particular contract.”

Some grain traders have formally objected to the application for permission to sell the stocks. A hearing is expected within the next two weeks, but no date has been set.

These are at Errol, Tranent, Melrose and Morpeth, with an early sale being pushed for so that the stores will be available in time for harvest for another operator to run.