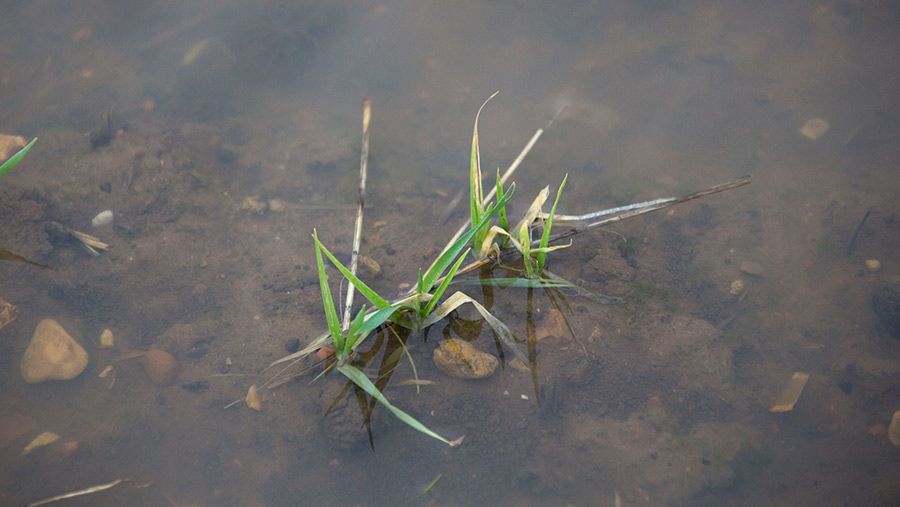 Arable farmers intend to plant the largest area of spring barley next year since 1988 after weeks of torrential rain forced many growers to dramatically alter cropping plans.

Results from the AHDB Early Bird Planting Survey, published this week, reveal the area of autumn drilled crops is down sharply, with the 2020 wheat area down 9% on the 2019 harvest figure to 1,645,000ha.

This figure includes both crops in the ground and those that farmers intend to establish if conditions are good enough before the end of January.

If the figure is borne out next season it will be the lowest harvested wheat area since 2013, which followed the extremely wet 2012 planting season, when a little over 1.5m ha were established.

How much rain has fallen?

Despite regional flooding, the average rainfall this month is 83mm in England (up to 19 November), the same as the long-term average according to Met Office data.

However, this rain has fallen on saturated ground after the previous three months recorded 314mm, 143% of the long-term average (1961-1990).

Many farmers will now be hoping for drier conditions through the winter to allow time to establish large spring cropping areas.

A further increase is expected in the burgeoning oat area, with the oat area expected to reach 200,000ha for the first time since the modern June census records began in 1983.

This is a 10% increase on the previous year’s cropping area.

Less than half the planning winter wheat is in the ground on one big south Shropshire estate after one of the wettest autumns in living memory, writes deputy arable editor David Jones.

The Oakly Park Estate, near Ludlow, has only drilled 200ha of its planned 480ha of winter wheat, and is now envisaging sowing a bigger area of spring barley.

Farm manager Tom Carr says September drilled wheat is up and away and looking good, while October drilled crops are through the ground but struggling and could suffer from slugs.

“It’s not been a good autumn, and one crop was drilled on a Thursday, it rained on the Friday and was underwater on the Saturday,” Mr Carr tells Farmers Weekly.

The estate grows largely feed wheat and although he says the farm can drill until January, the near continuous rain means it is more likely to be destined for spring barley. 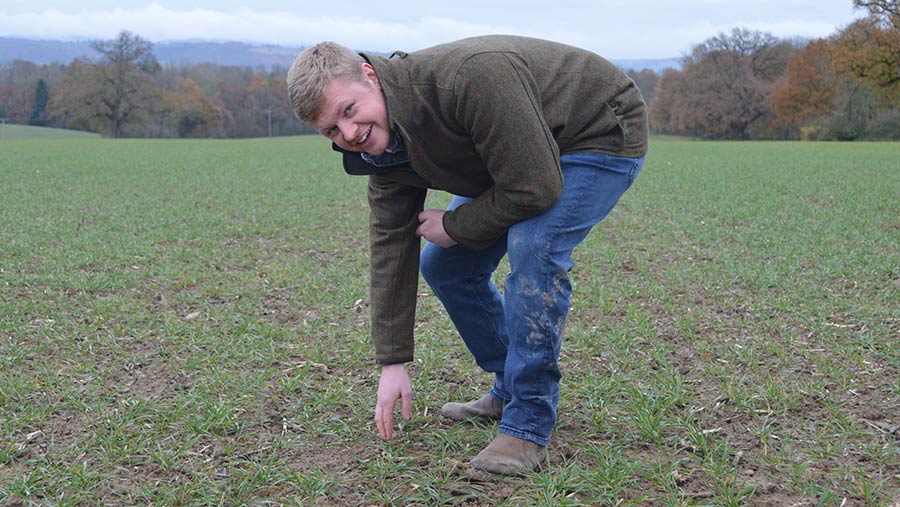 Wheat drilling starts early in mid-September with no blackgrass on the farm, but those crops drilled have had no pre-emergence herbicides applied, so Mr Carr fears a big upsurge in weeds in the spring.

The mixed estate farms 2,400ha in-house, with just over half the area in arable crops, and the rest being grassland, feeding a dairy herd, beef cattle and a sheep flock.