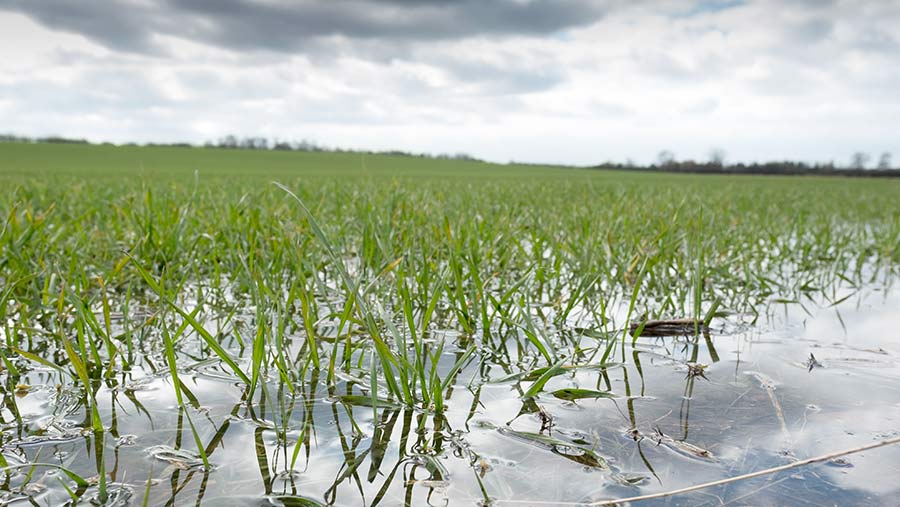 One of the most difficult autumns in memory for arable farmers is causing widespread disruption to fieldwork and rotations, threatening to put a giant dent in 2020 crop performance and profitability.

Experts predict it could take the worst affected farms two years to get back on track, after flooding and waterlogging hit parts of the country.

With yield potential and soil structure already damaged, the knock-on effects on farm cashflow and budgets, as well as mental health, are being highlighted by farming groups and charities that warn next autumn could be a difficult period.

An NFU estimate suggests that to date,  just 40% of the intended winter cereals area has been planted, with winter barley and oilseed rape being the most notable casualties. In a normal year, that figure would by now be 90%.

Speaking at the recent AHDB Monitor Farm conference, combinable crops board chairman Tom Bradshaw reported that a vast area had not been drilled, and highlighted the less-than-perfect conditions that any crops in the ground were struggling with after weeks of heavy rain.

“We are going to need a very favourable spring and summer to ease the situation,” he says. “There are both short-term and long-term concerns from such prolonged and heavy rainfall.”

On-farm agrochemical, fertiliser and seed stores are full of product which can’t be used, with products such as chlorothalonil – which growers were encouraged to take delivery of – being subject to use-up dates, he acknowledged.

“The NFU is speaking to Defra about some of the rules and has applied for extensions to the use-up periods for flurtamone and chlorothalonil. An industry amnesty would be preferable.”

Spring crop seed availability is another concern, as is the refusal of some suppliers to take unused seed and agrochemicals back.

On his own farm near Colchester Essex, Mr Bradshaw has managed to get just over one-third of his intended winter cropping in the ground, but fears that yields have been compromised.

“Some of our wheat and barley is in, but none of the planned winter beans. There won’t be any more drilling attempted now until February, unless there’s a real change in conditions.”

In Wiltshire, Malmesbury Monitor farmer Roger Wilson has got just 20% of his winter cereals in the ground and is contemplating what to do with a barn full of seed and fertiliser.

“I did cancel some seed as we have now stopped drilling until January,” he said. “No pre-emergence herbicides have been used, leaving us reliant on post-emergence control for grassweeds. That will be a step backwards.”

He accepts that Lower Odd Farm will have a significant area of spring cropping in 2020. “We always have spring beans, so they were already in the plan,” he says.

Otherwise, winter oats will be replaced by spring oats and his failed oilseed rape crop will be re-drilled with spring barley.

“We’re luckier than many others as we only have a small area under water.” 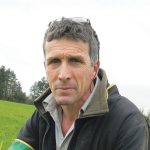 At East Hendred in Oxfordshire, farm manager Julian Gold has calculated the cost of the weather on the farm’s bottom line, having drilled all of his winter barley and oilseed rape, but just 30% of his intended winter wheat area.

He intends to keep drilling wheat until the end of January, using higher seed rates, but has also secured as much spring wheat seed as possible, so that he has a plan B.

He anticipates that there will be a glut of spring barley, so is sticking with wheat.

“Slugs are a big problem at the moment,” he says. “I’ve lost some of my oilseed rape to them and the remaining crop has had three applications of pellets.”

What about blackgrass control?

There are good reasons why spring crops are part of a blackgrass control strategy, as the ability to remove flushes of the weed before drilling followed by a thick, competitive stand crop makes a valuable contribution to reducing blackgrass numbers, he advises.

“All too often, a thinner wheat crop will allow blackgrass to grow through it,” he explains. “So if you know there’s a history of the weed, think twice before continuing to drill wheat on that site.”

He hopes to have 70% of his winter cereals drilled by Christmas, pointing out that a late drilled winter wheat crop yielding 7.5t/ha and requiring a low input approach is more profitable than a 5t/ha spring barley crop.

“Most people have accepted that yields will be down,” he says. “So now it’s about adjusting inputs accordingly.”

Where spring barley is replacing winter barley, he is sacrificing some of his 2021 oilseed rape area, as he will lose an early entry for the crop.

Flooded soils should be allowed to drain naturally and can be expected to make considerable recovery after nine months, according to a Defra study.

Flooded agricultural land is still eligible for BPS if the flooding is temporary. The land should be returned to agricultural use as soon as is practically possible and growers should continue to meet the scheme rules or requirements on the affected land.

Any changes to the management of land in a CS or ES agreement due to flooding must be recorded on a minor and temporary adjustment form and returned to the Rural Payments Agency. 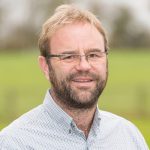 Brigg Monitor farmer Colin Chappell is doing his best to remain cheerful while 20% of the winter cereals that he did manage to get in the ground are under water.

Farming in one of the areas worst affected by flooding, Mr Chappell’s rotation includes peas or linseed, winter wheat, spring wheat or maize, as well as some miscanthus.

Although he battled to get 120 of his 500 fields drilled in the difficult weather, some 30ha of that is now flooded.

“The tragedy is that in the local area, it’s a man-made problem,” he says. “The Environment Agency was asked to open the lock gates, but that didn’t happen. So farmland around here took the hit.”

Having dealt with flooding before, Mr Chappell knows that crop survival depends on the growth stage of the plants at the time of inundation and the length of the time that it is under water.

“In the past, peas have done 1.25t/ha after flooding,” he reports. “This time, I’ve got oilseed rape submerged, which doesn’t bode well. It was still at a very susceptible stage when the water arrived.”

A bigger concern is that he forward sold 87t of Firefly winter wheat, which is at present covered by two feet of water.

He also now has some tricky decisions to make about the rest of the farm. An extra volume of spring cropping will create a harvest bottleneck and be impossible to manage, he believes.

“Having 90% of the farm, or 500ha, in spring cropping is a logistical impossibility for me. There’s also the worry that spring markets will be overdone.”

Mr Chappell hopes to be able to start drilling winter wheat again in the New Year. “Before that, I need to decide whether it’s worth doing or not. Yields will be much lower.”

Just 5ha out of the 40ha of milling wheat that he grows on contract for Warburtons is in the ground. “To be fair, they have been very understanding and are in regular contact with me about likely harvest tonnage.”

He also has both expensive seed and pre/peri-emergence herbicides on the farm that he is unlikely to be able to use. “We’ve only put on a fraction of what we wanted to. That makes me worried about the consequences for black-grass control.”

He is considering fallow, rolling some of this year’s produce into next year and whether he should get rid of his suckler herd and concentrate on beef finishing.

“Having Mother Nature as a business partner is really testing our patience this year.”