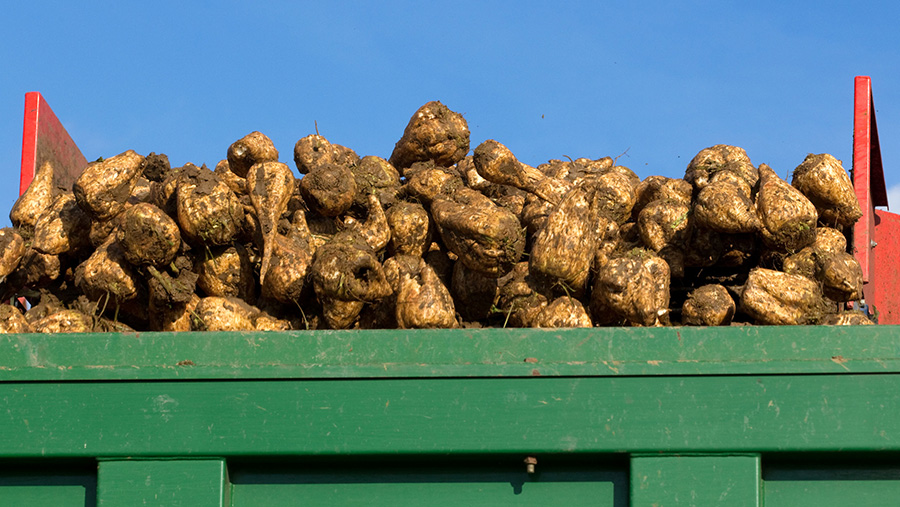 Beet growers contracted to British Sugar will get £1.32/t more than they were expecting for 2016-17 tonnage, as a result of the fall in the value of sterling.

This will apply for contract tonnage entitlement (CTE) and industrial contract (ICE).

The beet prices paid by British Sugar are governed by the interprofessional agreement  negotiated with the NFU.

This provides for prices to rise if the EU minimum rate for beet, set in euro’s, exceeds the fixed price agreed of £20.30/adjusted tonne.

“Following the recent weakening of sterling, this is the case for 2016,” said a statement from the processor’s agricultural director Colm McKay.

“The exact rate was dependent on the average of the September exchanged rate published by the European Central Bank, which has now been released.”

The price for surplus beet for 2016-17 season will also rise above the £15/t already set, with the majority of surplus beet delivered this year likely to be needed to meet the national quota.

If this is the case, then the price paid for part or potentially all of the surplus beet delivered will be topped up to the £21.62/t CTE price.