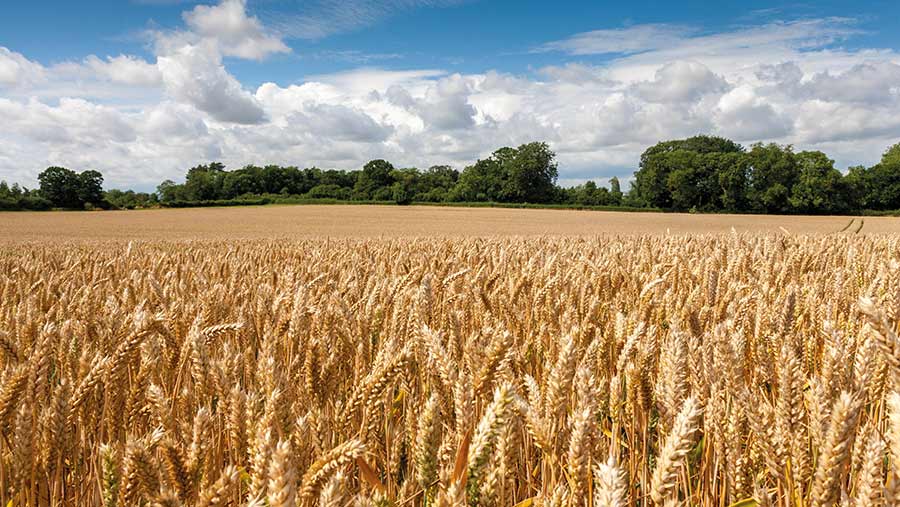 Crop prices have been pushed up by high global demand, tight supply of many commodities and weather concerns for South American crops.

The strength of the UK market, in particular, is shown by the narrowing of the price spread between the Paris milling wheat futures and the UK feed wheat futures. The Paris December 2021 milling contract and the London November feed wheat contract are at almost the same values.

Tighter supply has been most clearly demonstrated by the recent jump in old-crop oilseed rape prices to way above £400/t ex-farm. This week they put on a further £7.80/t to average £430.3/t.

With the UK rapeseed 2021 crop area at a multiyear low, new-crop prices have followed and midweek stood at £355-£370/t ex-farm. Carrying seed until February currently adds £10/t to values.

The importance of China in the agricultural commodity boom was stressed by AHDB analyst Anthony Speight. “We are seeing China now purchase a significant amount of grains and oilseeds – way ahead of the five-year range and the five-year average,” he said.

“Going into the next marketing year, we can expect this demand to continue,” he said, with cultural changes in China; a move away from traditional, small-scale pig production, based on feeding waste, to large-scale units; and further growth in the country’s poultry sector, too.

On the wheat market, Russian intervention to limit export tax has been in operation since mid-February. As an incentive to discourage Russian growers from carrying old-crop stocks into the new season, from early June this is set to move from the current fixed rate of $50/t (£36/t) to a floating tax, based on a formula.

In the UK, the cheaper barley surplus is replacing wheat as far as possible in rations.

Soya oil prices recently went to an eight-year high and the Paris Matif May 2021 futures contract traded at its highest price for a May contract since September 2012.

A slight rise in rapeseed and canola supply in the current season would be outweighed by growing demand, with lower end-of-season stocks, said Owen Cligg, United Oilseeds trading manager, at a recent AHDB outlook event.

EU and UK biodiesel policies would remain unchanged until 2022, with world and EU biodiesel production set to rise slightly this year.

Although the current 5% cap on the proportion of crop-based biofuels will drop to a maximum of 3% by 2026 and to 2% by 2032, OSR could win a proportionately higher share as it is chemically more suitable than palm and soya oil, said Mr Cligg.