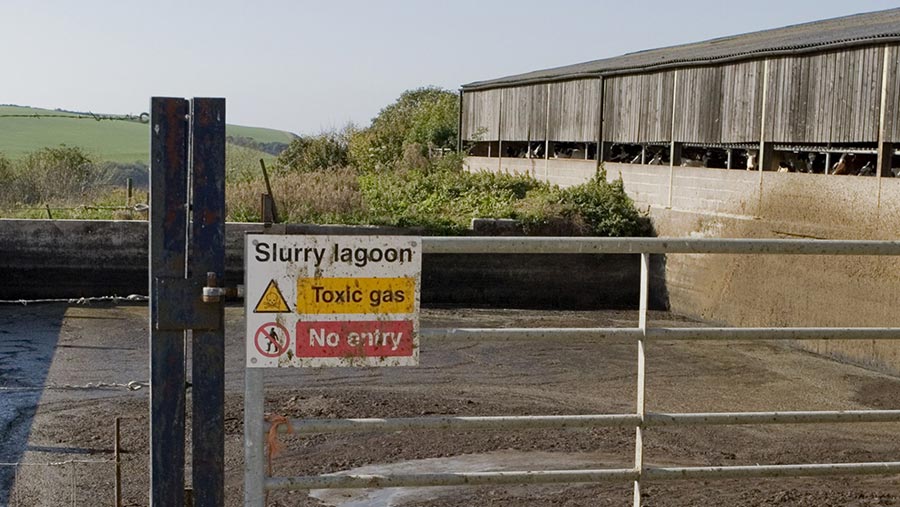 A grant funding scheme to improve slurry storage and enable other pollution investment will open in autumn 2022, Defra officials have revealed.

The Slurry Investment Scheme (SIS) is part of the government’s domestic agricultural policy and was first set out in October last year.

Its aim is to upgrade storage to reduce the number of pollution incidents resulting from leaks and spills, and to help cut emissions from stores and slurry spreading.

While full details are to be published later this spring, some features of the scheme have emerged during a stakeholder meeting on water quality this week.

The current minimum capacity of four months storage in certain sectors, such as dairy, will be raised, Ms Wilson said.

Instead Defra said it would only invest in storage capable of holding a minimum of six months’ slurry.

The aim is to reduce risks of overflows and to provide famers in nitrate vulnerable zones with more flexibility on spreading times, she said.

A further stipulation is for slurry stores to have an impermeable cover to cut water ingress and reduce overflows and emissions.

“At the meeting, Defra clarified that the scheme would open for funding applications in the autumn of 2022,” Ms Wilson added.

The officials also said applicants would have to meet certain conditions to qualify for the scheme.

These include stipulations that farmers must receive relevant environmental advice and provide data on the effectiveness of the new stores, she said.

In addition, the scheme will enable farmers to adopt other pollution-reducing measures, such as low emission spreaders before they become a legal requirement in 2025.