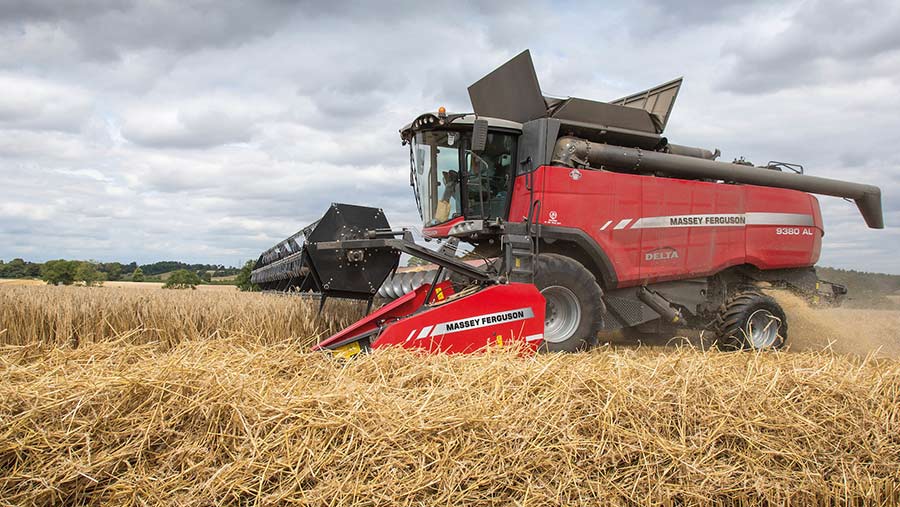 The areas of wheat and barley in Great Britain are set to almost converge after a slump in the wheat area and a sharp rise in spring barley plantings, according to new data from the AHDB.

Farmers across the country are entering harvest 2020 with a 25% lower wheat area to cut than last year at 1.36m hectares, down from 1.8m hectares last year.

The levy board’s final planting and variety survey for this season, released this week, puts the figure at 140,000ha lower than it previously forecast in February.

Every region has seen a fall in area planted, with the East Midlands and Yorkshire and Humberside both recording a 32% slump.

A torrentially wet winter threw cropping plans into disarray and saw many farmers swap wheat for spring barley, with the planted area of the crop edging past 1m hectares, up 52% on last year’s 698,000ha crop.

However, this still puts the combined barley crop at close to 1.4m hectares – more than 200,000ha up on the previous year and just 4,000ha below the predicted wheat area.

The year-on-year changes are some of the most dramatic seen in the past two decades and will leave buyers well short on their wheat requirements, but with a glut of barley to dispose of.

AHDB analyst Anthony Speight said: “It is critical to note going into the next marketing season that although we moving into a wheat deficit, our prices are going to be capped at import parity.

“Furthermore, barley export markets beyond Europe may be our only option after December, depending on Brexit negotiations.”

Old-crop feed wheat prices were flat on the week at a UK average of £157/t and are close to converging with new-crop prices for August delivery, according to the Farmers Weekly survey of traders (8 July).

The AHDB survey also confirmed predictions of a smaller rapeseed crop, with the England and Scotland area forecast to be 387,000ha.

The oat area in England and Scotland is forecast to rise by one-fifth to 211,000ha, despite the Scottish area edging down by 2%.

An insufficient number of respondents to the survey from Wales meant a full GB figure could not be produced for either crop.

The data also revealed that Skyfall retained its position as the most popular wheat variety, with 10% of this season’s planted area, although it is predicted to lose its top spot to new variety Extase this autumn.

The most popular barley variety was Planet, accounting for 28% of the planted area.