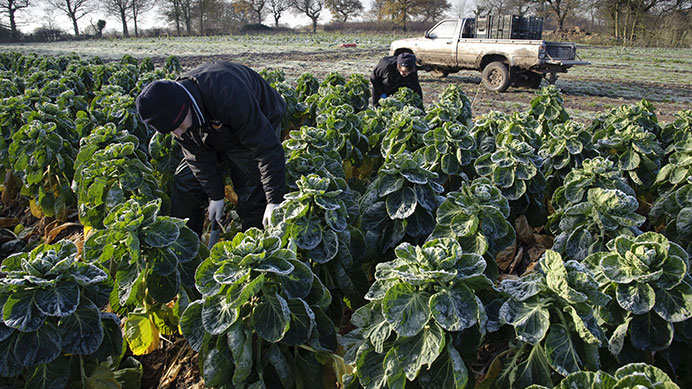 The UK fruit and vegetable sectors have shown strong growth in values with total trade worth more than £2.2bn in 2017, according to Defra statistics.

The bulk of production was in field-scale operations which grew by 5.9% in volume compared with the previous 12 months.

However, the modest increase in value was achieved on lower production levels, which were down in 2017 for the second year in a row to 297,000t – a fall of 2.5% compared with 12 months earlier.

Despite the increase in home production, total supply of vegetables in the UK was down 0.6% to 4.8m tonnes as imports dropped by more than 7.5%.

The market value for all UK fruit rose significantly (up 9.2%) to £765m. This was almost entirely down to a 9.9% increase in outdoor production which accounted for £711m of the total.

Glasshouse fruit increased by £1m to £54m.However, within the overall fruit figures, home-grown apples fared badly. Market share for the home-produced crop showed a sharp decline, falling from 42% in 2016 to just 32% a year later.

The drop was caused by late frosts that hit Bramley and Cox orchards at fruit set.

Overall, the value of imports and exports of fruit and vegetables was up. Vegetable exports hit a record high at £111m (up 1.8%) despite a 16% decline in volumes traded in 2017.