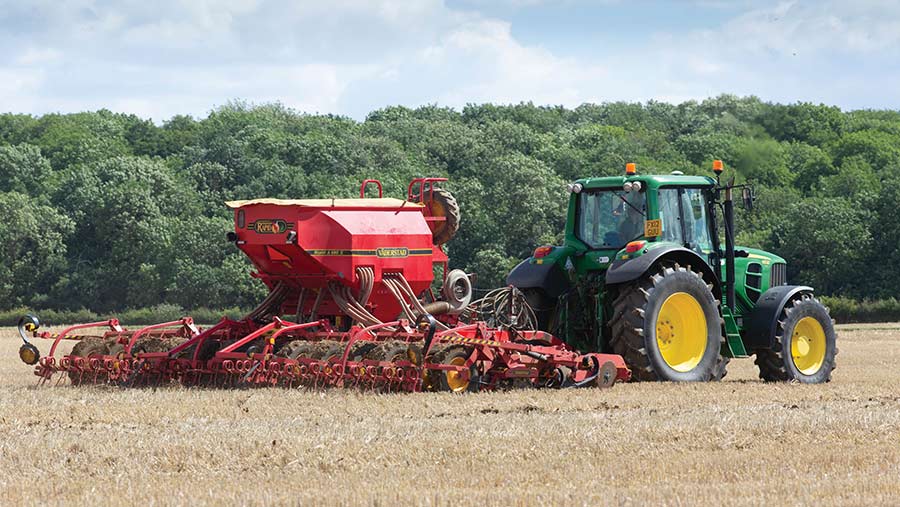 The price of oilseed rape has surged to a multi-year high as part of a wider upswing in the value of oil-based commodities, bringing some relief to growers after a tough season.

The farmgate price of OSR jumped to a UK average of £351/t (11 November), up from £341/t last week, amid a sharp increase in the global price of soya.

Farmers in the US are seeing record demand for light soya bean crops, according to new figures from the United States Department of Agriculture (USDA) this week, increasing fears among traders that demand could run ahead of supply this season.

The data revealed that the US crop is predicted to be 100m bushels (2.7m tonnes) lower than expected this season, with harvest nearly complete.

This will leave just 5.2m tonnes in stock by the end of the 2020-21 season from a harvest of 113.5m tonnes – the lowest ending stocks for seven years.

The news sent prices for the crop soaring to heights not seen since the 2013-14 season in trading on Tuesday (10 November), with analysts at agricultural finance specialist Rabobank forecasting prices could rise higher still.

It said that demand for the crop is being driven by China, with a large chunk of the protein-rich crop either being exported to the country to fuel its pig restocking programme, or being fed to US-reared pigs bound for the Chinese table.

Owen Cligg, trading manager at grower co-operative United Oilseeds, said many growers in the UK have the potential to benefit from the upswing in price.

“Trading so far has been quite limited as farmers have been busy with drilling and there has been plenty of room in stores, but now that prices are going to go up I think they will be looking to do a bit more,” he said.

An increase in the value of the pound against the euro has seen UK prices settle slightly behind what growers across the channel are enjoying, but there has still been a significant jump.

As Farmers Weekly went to press, £1 was worth more than €1.12 for the first time since early September, with traders typically reckoning that every 1c increase in sterling’s buying power wipes about £3/t from the oilseed rape price.

The value of rapeseed fell to almost £300/t in the spring, because the industry feared that demand for the crop was set to slump as economies across Europe went into lockdown.

Some 60% of European rapeseed oil makes its way into biodiesel, with another chunk relying on the restaurant trade for cooking.

A fall in supply of both sunflower oil and palm oil has also helped to maintain prices.

Growers have planted a smaller area of rapeseed this autumn after well-documented difficulties in their attempts to grow the crop last year.

Despite this, there is potential for a larger harvest in 2021, Mr Cligg said, as favourable weather has seen the crop off to a good start this season.

United Oilseeds is set to publish its detailed 2021 rapeseed outlook by the end of the month.