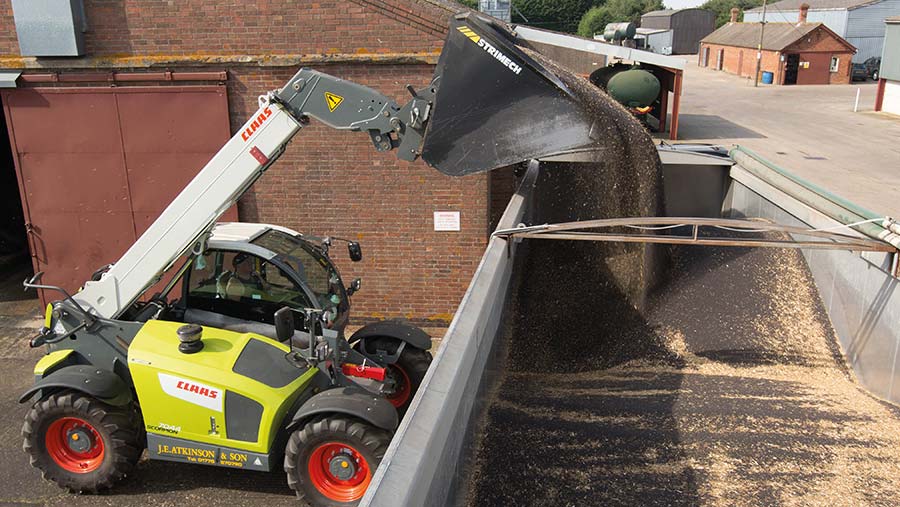 The closure of Cargill’s Hull rapeseed crushing plant in December this year will take 200,000-250,000t of capacity out of the UK market. The company announced the closure late last week, blaming market conditions.

Trade commentators suggested the plant needed investment and said it suffered from lack of proximity to a refinery.

Cargill also owns the Liverpool rapeseed crush and refining sites, along with others in continental Europe.

Rapeseed oil produced at Hull is either carted to Liverpool for refining, hence there is a discount of about £4/t on Hull ex-farm prices compared with Liverpool prices, or exported.

The Hull plant has capacity to crush 750t of seed a day, producing about 420t of rapemeal and 323t of rape oil.

A Cargill spokesperson said the closure would affect 36 jobs from the end of December 2022.

The move leaves just three main UK plants, at Liverpool; Erith in Kent, which is owned by ADM; and Yelo’s Warwickshire plant, which crushes about 100,000t/year.

Other buyers of oilseed rape include several large integrated poultry producers, as well as smaller operators.

The UK in recent years has produced about half the 2.1m tonnes required by its crushers, with imports making up the remaining volume. Warnings were sounded in 2020 about the possibility of losing a plant if domestic production continued at such low rates.

This year’s crop looks set to yield up to 1.3m tonnes, so the UK will still need to import about 700,000t of rapeseed, said United Oilseeds trading manager Owen Cligg.

New-crop prices collected by Farmers Weekly on 15 June averaged £679.75/t ex-farm, down just over £50/t on the week. This is almost £200/t off the peak of a few weeks ago, with global concerns about growth and inflation the current drivers.

Lower-than-hoped-for US soya bean exports are weighing on vegetable oil markets. This is in contrast to crude oil markets which have strengthened on tight supplies.

Despite the recent rapeseed price falls, the outlook is fairly bullish on tight supply. However, good EU crop conditions and imports of canola from Canada could limit further growth, according to the AHDB.

With values on the Paris Matif rapeseed futures market inverted – from November 2022 to May 2023 they are lower than the August 2022 price – demand from crushers is currently slow, said Mr Cligg. “Harvest values average about £645/t, with £5/t on for November and one pound a month after that.”

At co-op Openfield, senior oilseed rape trader John Thorpe said grower sales of new-crop had been slower than normal, despite the high prices. “Most growers would rather wait until they have it in the store,” he said.

Uncertainty over how much or whether any oilseed rape would come out of Ukraine this year was another factor in the market mix, he said, suggesting that this might be a year to store oilseed rape. Old-crop trade was all but done, with difficulty in finding buyers.

Crude oil and mid-protein meal are extracted from the seed.

The products are then developed for use in foods such as margarines, for biodiesel and animal feed.

The Hull plant can also load barges with oil for export.