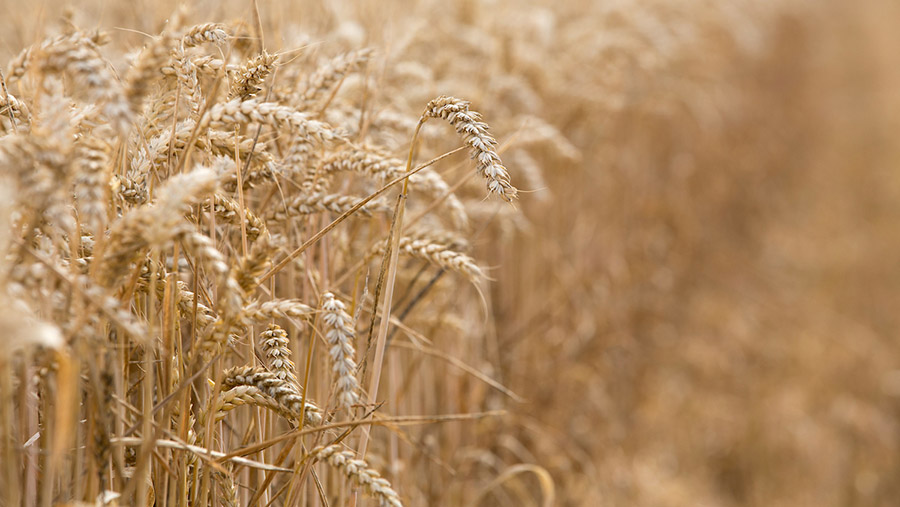 The 2019 wheat crop is up 20.1% on last year and barley production increased by 25.6%, according to provisional Defra figures.

It is estimated that the total wheat crop is 16.3m tonnes, above the five-year average for 2014-18 of 15.2m tonnes, and well above last year’s drought-afflicted harvest of 14.1m tonnes.

The bumper harvest has contributed to a sharp fall in the wheat price, which has declined from a peak of more than £170/t at the beginning of the year to less than £130/t since cutting began.

These figures mark Defra’s first estimates of the 2019 harvest and are subject to revisions as further results are received and analysed.

The final UK results are due to be published on 19 December 2019.

Benjamin Bodart, CRM Agricommodities director, said the results are not a surprise, but added that it is a reminder about the glut of UK grains at an uncertain time for export programmes.

“UK wheat and even more so barley are very competitive on paper, but with prime minister Boris Johnson telling Angela Merkel that a Brexit deal is ‘essentially impossible’, the trade is very nervous about what could happen with export tariffs, explaining why volumes committed beyond October are still very thin,” Mr Bodart said.

It is estimated that grains purchases are about 30% higher than a year ago and nearly 38% above the three-year average, he said.

Mark Worrell, chief operating officer at Openfield, said compared to other years where there has been an exportable surplus, sales volumes have been satisfactory.

“To achieve the export rhythm, to date, the UK has been price competitive,” Mr Worrell said.

“The political environment will influence both our product prices and competitiveness going forward.”