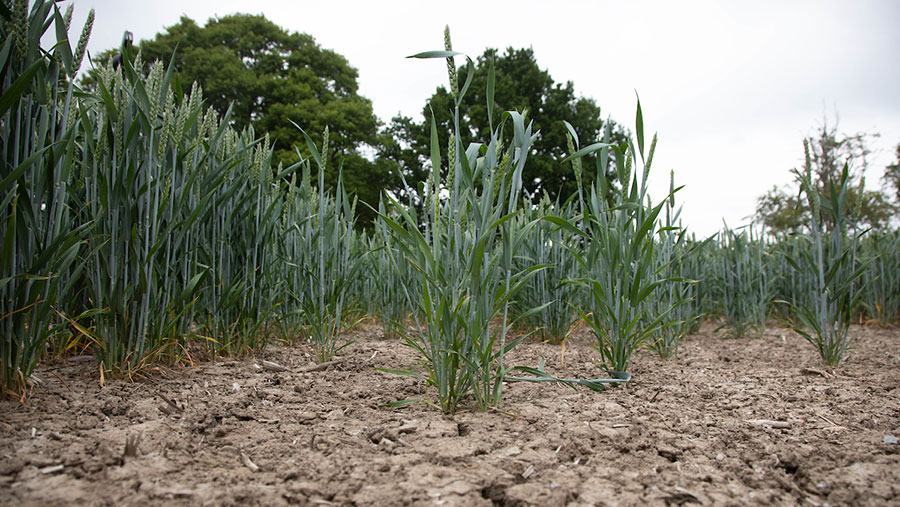 UK crop forecasts for wheat, winter barley, spring barley and rapeseed are now all below their five-year average, in response to the continued dry weather through May.

The European Union’s Crop Monitoring service (MARS) further downgraded its forecasts for UK crop yields, with wheat outlooks at 7.91t/ha – some 5% below its five-year average.

Spring barley yields are also predicted to fall, reflecting concerns of later-drilled crops that were sown into dry seed-beds with yield forecasts of 5.66t/ha – 1.3% down on the five-year average and 11% down on last year.

Winter barley presents a similar story, with yield outlooks set to be 5.1% below the five-year average at 6.8t/ha, while oilseed rape yields are forecast at 3.33t/ha – 6.4% below their average.

Rainfall in early June was beneficial for crops in northern and south-western areas, but was not enough to prevent further yield downgrades, with crops in the East and South of particular concern.

More rain has fallen since, which was greatly received, but varied and localised showers have left many crops still in need of water.

Third-generation Devon farmer Ben May, at Netherexe Barton, who farms beef and arable near Exeter, explains how the dry spring conditions will inevitably lower crop yields and bring an earlier harvest, expected to start in early July.

“We were lucky enough to have rain last Thursday, which was very well received and just in time for our wheat, maize and beet crops, but may have been too late for our winter barley,” he says.

Dry weather on his light soils has caused his winter barley crop to turn earlier in places, making it a week or more ahead than other areas of the field, potentially meaning a more challenging harvest.

EU winter crop yields down but spring up

EU yields for winter cereals and rapeseed all fell by about 2% due to sharp reductions for France, Romania and the Benelux countries.

The cuts were due to the dry weather through May and into June, when crops were flowering or entering grain-fill. Wheat and winter barley yields are now pegged 3% below the five-year average, while rapeseed yields are 6% below.

The EU average spring barley yield increased slightly to reflect good conditions in Spain, now 1% above average. However, concerns remain about crops in northern France, Poland and Germany in particular.

Maize yields across Europe have increased due to favorable conditions in Eastern Europe and Spain, meaning yields are now expected to be 8% above the five-year average.