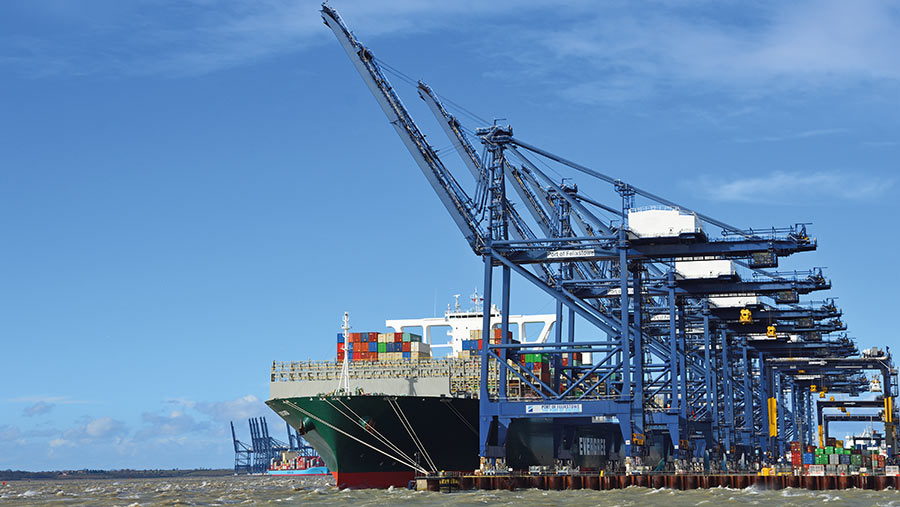 No deal with both the EU and US is looming larger, raising the risk of trade chaos from 1 January as importers and exporters grapple with a new regime that many fear is far from in place.

“The government has admitted that we are in no-deal territory,” said Liz Webster of campaign group Save British Farming, warning that there was no infrastructure to deal with “no deal”.

“It’s like deciding to move house but not knowing where you’re moving to. If you have electrical goods, you can put your goods in store, but you can’t do that with livestock.

“It’s going to be a terrible mess and lamb is going to be particularly bad. We’re beef producers and it’s not great for us, either.”

Urging farmers and others to contact their MPs to lobby in favour of amendments to the Agriculture Bill, Mrs Webster said this would help prevent not only US chlorine-treated chicken and hormone-treated beef, but also South American and other produce being dumped on the UK, which must be avoided at all costs.

Self-styled dealmaker US president Donald Trump would like to be able to promote a UK-US trade agreement as part of his election campaign before polling in November.

As that deadline approaches, a bottleneck is likely to be created, say observers, as pressure builds on two opposing fronts. First, those in the US Congress with Irish connections will resist terms that would damage Irish interests, while the powerful US agriculture lobby will be pushing for open access across all sectors.

UK government figures predict a long-term benefit to UK GDP of 0.2% from a deal with the US and democratic candidate Joe Biden will be just as anxious for a deal as Mr Trump.

NFU director of EU exit and international trade Nick von Westenholz was more optimistic on the prospects for an EU deal, saying it would be September/October before we were in true no-deal territory with the EU.

“There are outstanding issues such as state aid, where the UK government wants to be free to support business, and fisheries,” he said, pointing out that even with a deal, there would be big changes to trade because of the regulatory and customs processes.

There was a danger that the high costs associated with compliance would be passed back down the chain to farmers, he said.

“If we get an EU deal, the UK government has said it will run a six-month phase-in for import compliance, but there will be no such concession for our exports to the EU,” he warned.

While the UK’s recently published schedule of its proposed global import tariffs is more protectionist than its earlier version, a no-deal would still see a €95/t tax on UK wheat exports to EU member states, a €93/t tax on barley exports and a 46% charge on lamb export values.

Senior analyst at the AHDB, Tom Forshaw, said with the UK on the brink of a massive recession, government would want to avoid food price rises and may put measures in place to achieve this.

As there is no trade agreement between the EU and the US, any UK-US trade is currently on WTO terms and this will continue after the UK’s transition period ends on 31 December.

However, this did not prevent the UK from reducing import tariff levels and standards after 1 January, said Mr von Westenholz, acknowledging that there may be voices on the government side pushing for lower food prices.