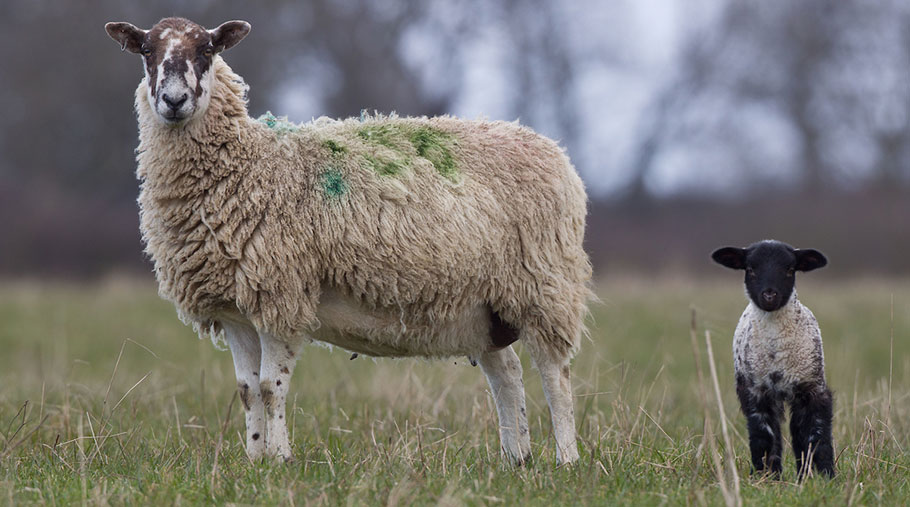 A major importer of Welsh lamb into France has warned industry leaders that import tariffs on sheepmeat products in the event of a no-deal Brexit would kill that trade.

Almost all Welsh meat exported from the UK goes to EU countries – domestic demand is for 16-21kg carcasses and a significant proportion of Welsh lamb carcasses are below this weight range.

Among the outlets for Welsh lamb is Rungis International Market near Paris, which imports 12,000 lamb carcasses a week.

But those carcasses would need to find another buyer if the UK leaves the European Union without a trade deal on 31 December, says NFU Cymru’s livestock board chairman Wyn Evans

This message was made clear during recent talks with the French buyer, he said.

The trade with France is crucial for Welsh sheep farmers – of the 40% of lamb exported from Wales, 90% is sold to Europe, much of it via Rungis.

“We were told by the operators of Rungis that there would still be demand for our lamb after Brexit, but that they wouldn’t be in a position to buy it if they had to pay a 46% import tariff,” said Mr Evans.

The company’s position reflects that of other European buyers, he added.

NFU Cymru has said that the sheep sector in particular would need some kind of government support in the event of a no-deal Brexit.

The uncertainty over how the UK will set up its future trading relationship with the European Union at the end of the year is impacting on the breeding and stock management decisions on Welsh livestock farms.

Wyn Evans produces lamb from a flock of Tregaron Welsh ewes on the edge of the Cambrian Mountains.

If he knew there was going to be a “no-deal” Brexit, he would tup fewer ewes this autumn and instead fatten more cattle to compensate for the consequential loss of income. As the UK is a net importer of beef, Mr Evans predicts that the beef price may hold up better.

But this would be the wrong decision for his business if some kind of free trade deal is reached with Brussels, he said, as sheep would then be able to continue trading much as before.

“It is a job to prepare because, potentially, we could have a deal and everything might be OK. Farming decisions should never be taken on a hunch.”

Mr Evans said that, if he was a gambling man, he would put his money on an 11th hour deal.

“There is too much to lose to leave without a deal, but if there is a deal it would be criminal to allow imports produced at inferior standards to those of the Welsh livestock industry – standards cost money.

“After the reform of the Corn Laws, agriculture went into an 80-year downturn driven by cheap imports to the extent that, in 1939, two thirds of our food was imported, putting food security at a massive risk.

“There are big lessons we can learn from history on this particular issue.”

There is work to be done to boost sales of lamb in Wales, with only 5% of the lamb produced actually consumed in that country.

Red meat levy bodies are therefore being urged to pool resources to avert a price crash as bumper supplies of new season Welsh lamb are expected to hit the market in the coming weeks.

Welsh sheep numbers are thought to be slightly down on last year, but with a good lambing period and stock finishing well, there are more lambs on the ground that are expected to hit the market in July.

He wants the supply chain to take the same collaborative approach it adopted with beef, with strong promotional work from levy bodies and retailers to address carcass balance issues.

“Hopefully we can replicate the beef success story with lamb,” said Mr Jarrett.

Hybu Cig Cymru (Meat Promotion Wales) has collaborated with other levy bodies to fund the #MakeItLamb campaign, which is running throughout July. Some £3.5m is being spent to encourage consumers to cook with lamb, using radio, local newspaper and social media outlets.