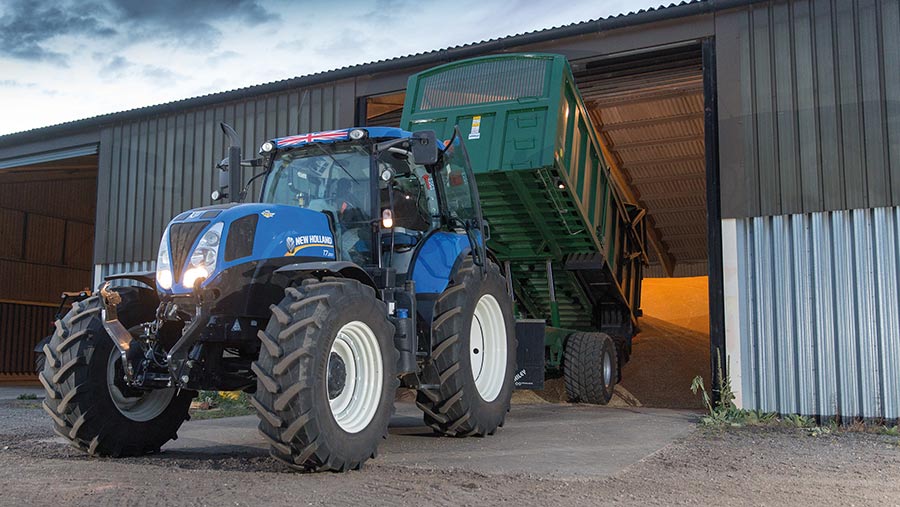 Firm wheat prices are being maintained in a nervous market, with weather and currency the main drivers. The high prices, fuelled partly by lower yields, make growers reluctant sellers in most countries.

UK markets will continue to maintain a premium to global values, according to the AHDB.

On Wednesday (30 September), the London November 2020 feed wheat contract was at £182/t, having peaked at £182.75/t the previous Friday. Some traders expect the 2020 UK wheat crop to be as low as 9m tonnes, leaving a potential import requirement of 4.5m tonnes.

See also: Business clinic – how do I resolve dispute with joint director

This week saw ex-farm spot feed wheat values averaging close to £176.50/t midweek – slightly firmer on the week and a rise of more than £20/t in fewer than eight weeks.

The value of full-spec breadmaking samples has risen slightly more over that period, with spot average values pushing just above £198/t ex-farm midweek.

Average feed barley prices stood at £132.46/t ex-farm for spot movement, a slight rise on the week, with UK grain competitive in North African markets. However, much of the export trade so far has been in smaller cargoes to European destinations, which face growing uncertainty for potential trade after Christmas.

The malting market is working month to month, with the latest Covid-19 restrictions further dampening demand.

The weaker pound has kept prices up, aided by figures from Defra/AHDB showing the likelihood of the carryover stock of wheat from the 2019 harvest being closer to 2.4m tonnes than the 3.4m tonnes previously estimated.

The final 2019-20 UK supply and demand estimates also identified an imbalance or residual of over 800,000t for wheat.

While it is difficult to identify exactly the area of supply/demand leading to this imbalance, part of the discrepancy could be attributed to the accuracy of the 2019 wheat production and on-farm stocks figures, suggests AHDB senior analyst Millie Askew.

“The final 2019 Defra production figure for wheat was estimated at 16.23m tonnes. However, the actual size of the crop was questioned throughout the season, with many in the industry suggesting the total area and yield figures were too high,” she said.

“This was emphasised when the Basic Payment Scheme (BPS) area figure was published for England, which was more than 3% less than the Defra June survey figure.”

Applying this difference to the Defra area figures for the other UK countries and using the Adas harvest survey average yield of 8.9t/ha gives a possible production figure of 15.6m tonnes.

An important factor in the firm tone is the very dry drilling conditions in Russia, where an estimated 62.5% of the winter wheat area has been drilled, according to analyst CRM.

Speculation over possible Russian export restrictions in the new year has fuelled the firm tone. With ex-farm grain prices in Russia at record levels, the government there may want to put a lid on any further increases to keep domestic consumers happy.