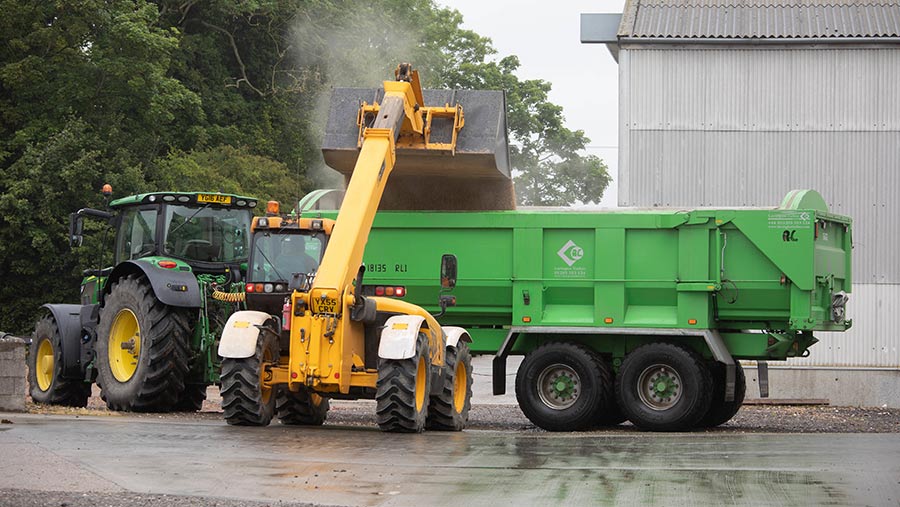 The UK average farmgate feed wheat price has risen to over £160/t for the first time this year amid a reported reluctance among growers to sell stocks.

Prices rose by just shy of £4/t on the week to stand at £161.85/t in the Farmers Weekly survey of grain traders on 26 August. It is the first time it has been at this level since April 2019.

However, the AHDB dismissed recent reports in the media about rising wheat prices leading to a rise in the cost of bread, noting that wheat only makes up an estimated 11% of the cost of a loaf.

It said prices are much more influenced by strong retailer competition, with the cost of bread actually falling so far in 2020.

The rise in wheat was not matched by as big an increase in the feed barley price, as fears grew that rain-sodden malting barley would fail to hit spec, increasing supplies into an already overstocked feed market.

A lack of farmer selling, combined with small crops and a need for merchants to fulfil orders is helping prices move upwards, AHDB said.

Ex-farm purchases by traders this season is at the bottom end of the 10-year average, meaning demand is likely to be outstripping supply at the moment, with farmers in no rush to move supplies out of half-filled sheds after a poor harvest.

Prices have also been dragged up by a rise in the global price of maize, as traders still grapple with the extent of devastation in the US corn belt after storm damage flatted thousands of acres in Iowa.

Forecasts of crop quality have also been downgraded in other states amid a run of poor weather, and prices have also been helped upwards by strong Chinese demand for maize.

Additional price rises will be limited by plentiful maize from other import destinations and a large domestic barley crop which can be a substitute the crop.

Imported maize gluten for feed rations has risen by £11/t since the beginning of August to stand at £198/t, while maize distillers is up from £207/t to £215/t, according to straights merchant KW Trident.