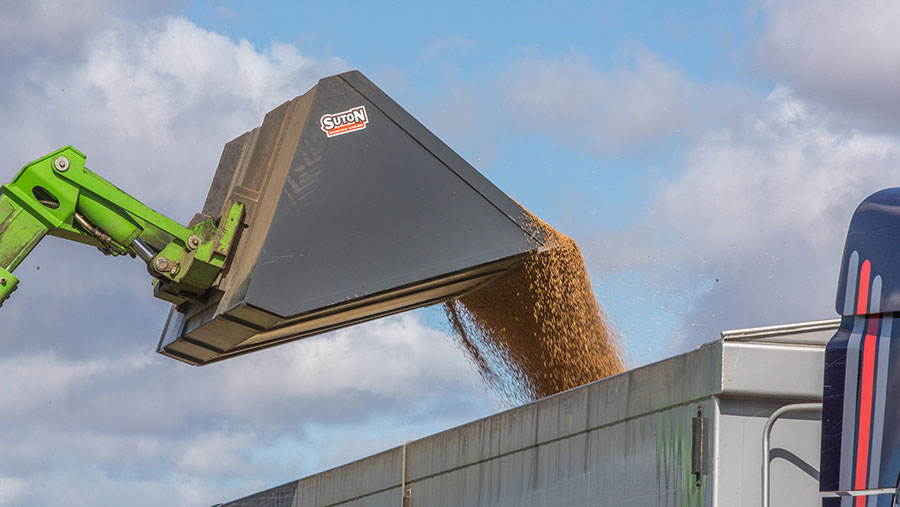 Wheat futures prices have fallen to their lowest levels in two years after the value of the pound nudged upwards and analysts increased their crop size predictions.

The November 2019 contract fell as low as £136.50/t in intra-day trading on Friday (16 August), just over £9/t lower than it closed the previous Friday (9 August) and the lowest level since the contract opened.

Prices had been falling through the week but the decline accelerated following the announcement by the Labour Party that it would seek to prevent a no-deal Brexit by calling a vote of no confidence in the government of Boris Johnson.

This caused the pound to gain 0.8% against the euro, reducing the export competitiveness of UK crops.

Global feed trader ADM Agri also reported that heavy selling of wheat contracts following a gloomy outlook for US maize and wheat prices had contributed to the decline.

“The wheat report just confirmed the fact that there is no shortage of wheat, just an apparent lack of demand, and with most exporters showing crop increases year on year, the pressure is starting to build [on prices],” it said.

There has been less movement in the spot trading market, with the Farmers Weekly regional survey showing a UK-wide ex-farm average of £131/t, an increase of £1.20/t compared with midweek values.

Prices are ranging from as low as £127/t in Kent and East Sussex to £135/t in Shropshire and Cheshire.

Tom Bradshaw, NFU crops board chairman, called this week for the government to back a 10% inclusion of bioethanol into retail petrol to increase domestic wheat demand by incentivising the Vivergo biofuels plant in Hull back into production.

“The UK is likely to produce a wheat crop of around 15.5m tonnes this year giving us an exportable surplus of over 1.5m tonnes,” he said.

“The fact that we will be moving from net importers to net exporters will already reduce the UK price by approximately £10/t, and if we then incorporate the tariffs that will be coming into play it will mean a further reduction of another £10/t.”