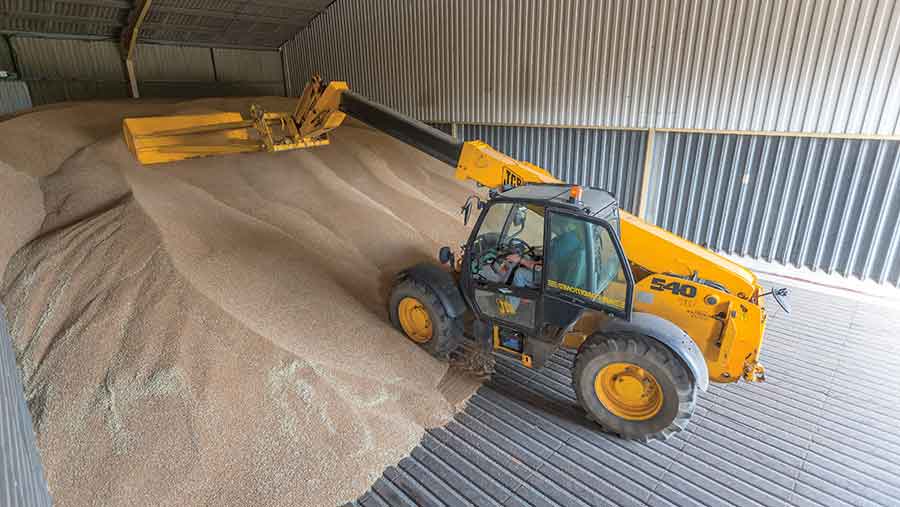 Grain prices are firming, mainly on currency changes but also on slow farmer selling in the spot position.

With fieldwork taking priority and prices below what they were in mid-August, growers are reluctant to offer grain, so buyers looking for immediate supplies are having to pay up to get them.

However, unless they need stocks in the next week or so, most consumers are sitting back in the knowledge that there is plenty of wheat around.

The top end of this range was in the catchment areas of the two bioethanol plants in Yorkshire and on Teesside.

UK November 2016 wheat futures were also supported this week by concerns that rain could hold up the US maize harvest which at 9% complete early this week was slightly behind the average, said AHDB Cereals and Oilseeds.

This has firmed prices because the US has heavy maize export commitments and harvest of the forecast record crop needs to keep up a good pace.

As Farmers Weekly went to press on Wednesday (21 September) the London November feed wheat futures contract was at £125.25/t, having climbed £3.50/t over the week.

Midweek saw the pound’s value drop below US$1.30 again and as low as €1.15, making UK grain competitive on its traditional export markets.

Competition on the export front had relaxed as harvest export pressure had eased in the Baltic area, he said. These suppliers were expected to come back into the market once they had assessed the crop further.

Full-spec milling wheat premiums have steadied at about £10-£15/t, reflecting the good quality of the 2016 crop.

Meanwhile French wheat output has been put at its lowest level since 1993-94.

This could lead to a drop of 45% in French wheat exports, potentially opening up opportunities for UK wheat.

After several changes to ergot tolerances and in some cases to specifications even after cargoes had arrived, exporters are nervous of tendering for the very important Egyptian wheat business.

However, Egypt is the world’s largest wheat importer and will need to come back into the market at some stage to avoid shortages and political unrest, say traders.