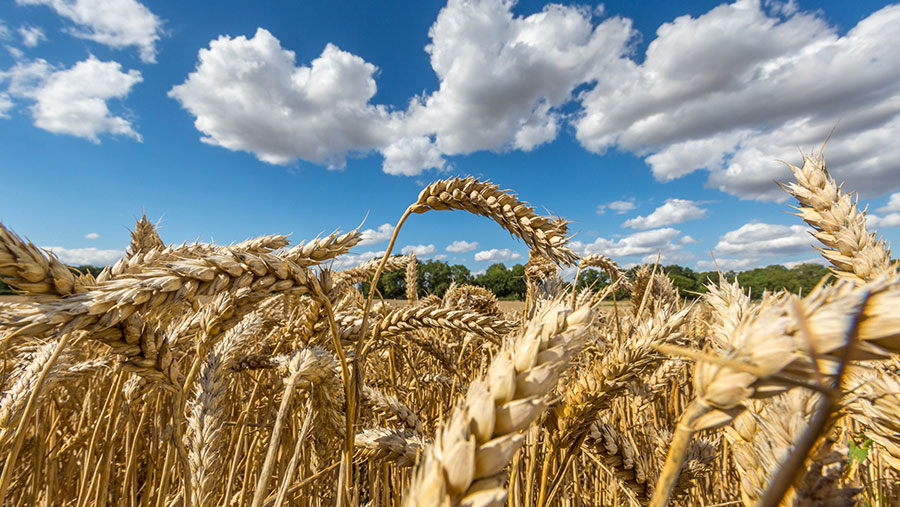 With the pound falling as Brexit deal hopes reduce, wheat prices have benefitted, as have barley values in a competitive export market.

Aside from this, growers remain reluctant sellers of a small wheat crop, fearful of overcommitting and having seen prices rise over the past few weeks as harvest prospects worsened for crops still in the field.

The wheat price rise at farmgate level was less exciting than on the futures market, with feed wheat for September movement up £4/t to average £169.30/t in regional price recording by Farmers Weekly.

The Russian wheat harvest is more than 80% complete, with estimates of the size of the crop still rising and the latest putting it at 82.6m tonnes.

“Many of the major wheat-exporting nations such as Russia, Canada, Australia and Ukraine are now anticipating large supply levels, which will put pressure on the current high global markets,” said AHDB analyst James Webster.

In US markets, speculators have been piling into wheat as price prospects appear more bullish, said commodity analyst CRM.

This was in advance of a US Department of Agriculture crop report due to be released on Friday and which is expected to reflect the department’s analysis of the effects of the recent storms and other US weather damage.

UK feed wheat futures for November 2020 have been pushing the £170/t barrier for some days, having been on a rising trend for several weeks.

However, the domestic wheat price is still likely to be dictated by global market trends, points out AHDB Cereals and Oilseeds.

With Brexit negotiations becoming more volatile and no deal seen as a stronger possibility, wheat imports into the UK are likely to rise significantly to avoid the £79/t tariff that will be imposed from 1 January if no deal is agreed.

While the market may have some further upward potential in the short term, these higher import levels are likely to limit the scope for anything spectacular, said traders.