Grain sampling can be a problematic area causing friction between arable growers and grain traders when it comes to price deductions.

Testing for moisture contents and specific weights can often be done accurately by growers on the farm, while protein and Hagberg levels for wheat are often better done in the laboratory.

We visited a Kent grower and his grain buyer to see how the relationship can be harmonious if on-farm grain testing is done accurately.

Robert Spencer tips every trailer load of grain on to the floor of the shed on his east Kent farm and takes a sample, giving him a bucket full for every field.

Sampling for him is critical and keeping each field’s grain separate allows him to build a marketing strategy to get the maximum returns. 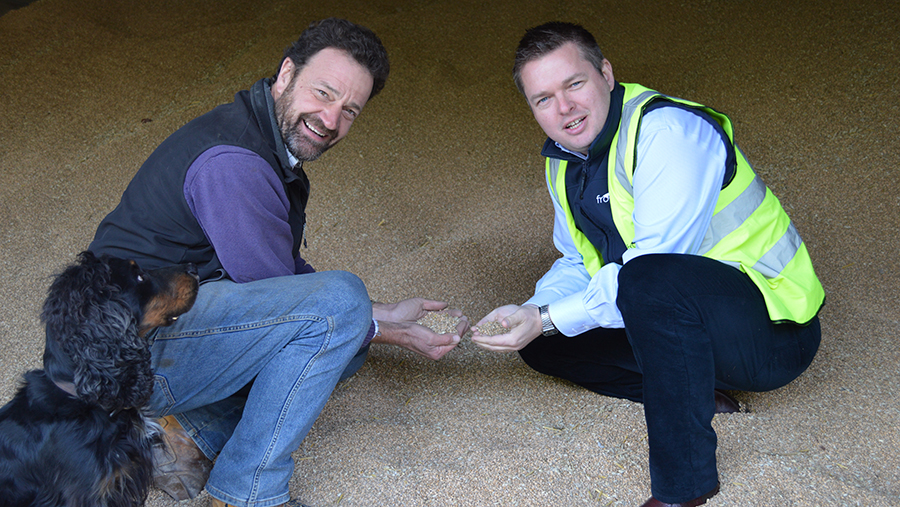 Accurate sampling is key as he stores the grain up to 4m high in on-floor storage and up to 9m in silos, with the farm having a focus on milling winter wheats

“I am taking responsibility for sampling, and good sampling is definitely worthwhile financially,” he says.

Mr Spencer uses plenty of farmyard manure and sewage sludge across the farm, so accurate sampling of each field is key to recording protein levels for his quality milling wheats

“If you cannot sample right, you cannot sell it right,” says Mr Preston, who is a regional sales manager at the group. 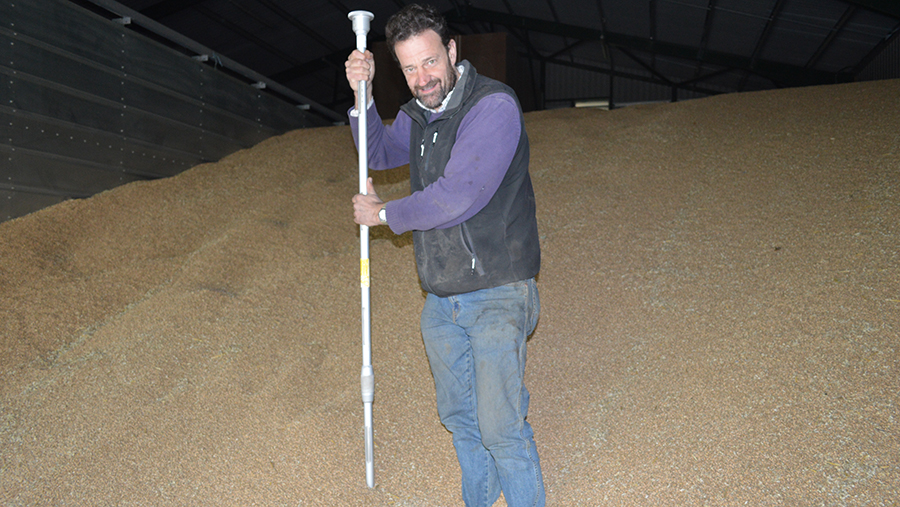 He has just harvested 500ha of milling wheats on his Lower Garrington Farms, Littlebourne, just east of Canterbury, so sampling is essential to get the best price for his valuable grain.

He harvested milling varieties Zyatt and Siskin last summer, and is growing these two again this season along with Skyfall, added for its good performance as a second wheat, and the new Group 2 wheat Extase.

Mr Spencer has his own moisture meter and looks to bring his grain samples to the machine, rather than chuck the machine in the back of a Land Rover and take it around the farm. 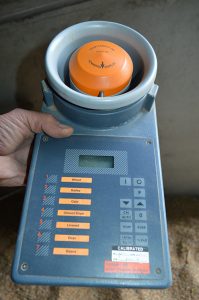 He looks to keep his moisture meter in the grain storage barn to give it a consistent environment where temperature and humidly will be standard, and so get as close to possible to laboratory conditions.

His machine costs just over £1,000, while Frontier’s machine in its nearby laboratory cost £45,000 and can give moisture, protein and specific weight in a matter of minutes.

“We have never had a problem with our moisture meter,” he says

Mr Spencer has two tips to get his moisture meter working well:

1.    He takes his moisture meter to Frontier’s laboratory to make sure it reads the same as the grain trading group’s more expensive machine.

2.    He always uses the same volume of grain in each sample tested.

He looks to store his grain under 15% moisture and looks to get the temperature of his grain slowly falling to get down to 10C by Christmas using low volumes of air.

At that temperature, insect pests tend to stop breeding. 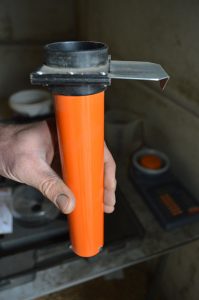 This is a relatively simple procedure with less to go wrong with this method of weighing a set volume of grain and giving a value for the grain size.

Specific weight tends to be more weather related than farm related, and Mr Spencer looks for his Group 1 milling wheat to reach the industry minimum standard of 76kg/hl and Group 2s 74kg/hl.

Protein content is largely left to the grain trader’s laboratory as they often use the same expensive equipment as that used by the flour milling buyer.

Hagberg measurements are attempted by some growers, but the grain trader is often likely to get a more accurate reading of the gluten quality of the wheat using standardised amounts of wheat milled to a set standard.