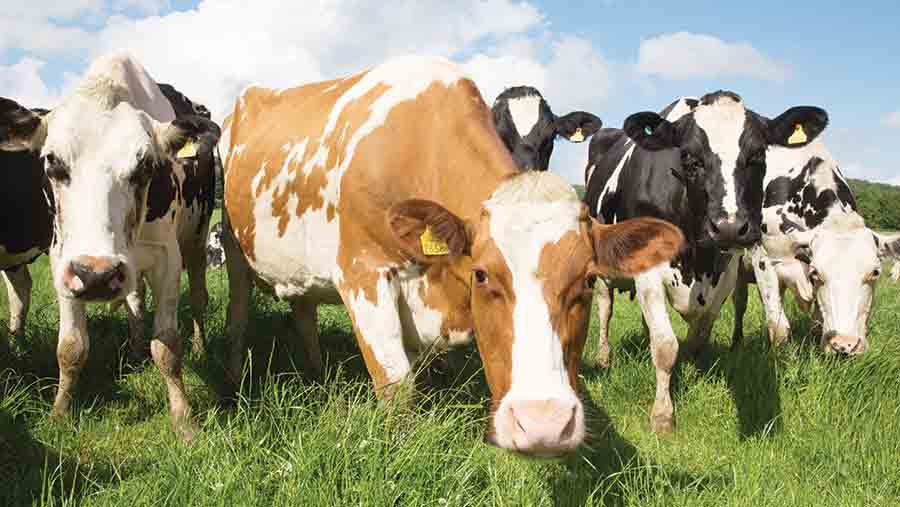 Dairy farmer numbers have fallen by more than 5% across England and Wales over the past 15 months, according to AHDB survey data.

The Defra average farmgate milk price has been in decline since November of last year, with the value of milk sold decreasing by £56m (-1.2%) to £4.4bn in 2019.

This saw the size of the UK dairy herd fall by 50,000 to 1.72 million head as of 1 January 2020, with a small number of farmers  said to have left the industry this year because of sharp price falls from some processors during the coronavirus crisis.

A more detailed breakdown of farmer numbers is produced annually by the Food Standards Agency (FSA). But the data is calculated slightly differently to the AHDB survey (see “Why the numbers differ”) and there is some variation in the statistics.

The FSA data shows there are 6,834 dairy farms left in England and 1,613 remaining in Wales.

Across the regions, the biggest reduction in numbers have been in the north-west, midwest and far west of England.

The highest percentage rate losses, where producer numbers were already small, were recorded in the central south and east of England. Both regions saw 7% of milk producers quit the sector between May 2019 and May 2020.

For Wales, the biggest attrition rates were in Pembrokeshire and Carmarthenshire, which both saw numbers decline by 4%.

Why the numbers differ

The AHDB (5.3%) and FSA (4%) pointed to slightly different overall percentage reductions in dairy farmer numbers in the past 12 months.

This covers approximately 75% of volumes in GB, and so the estimate has been adjusted accordingly. A figure based on levy data has been used to account for direct suppliers.

The FSA database is updated quickly when a new farmer starts up production, but not necessarily when a farmer exits.

The FSA will often only capture this cessation when a regular check is carried out. These checks occur on a 10-year basis (for those registered with Red Tractor) or a two-year basis otherwise.

In-between these checks, the FSA will often rely on Red Tractor data to identify farmers who have ceased, and this is where a proportion of the latest drop in farm numbers has come from, Mr Gooderham said.